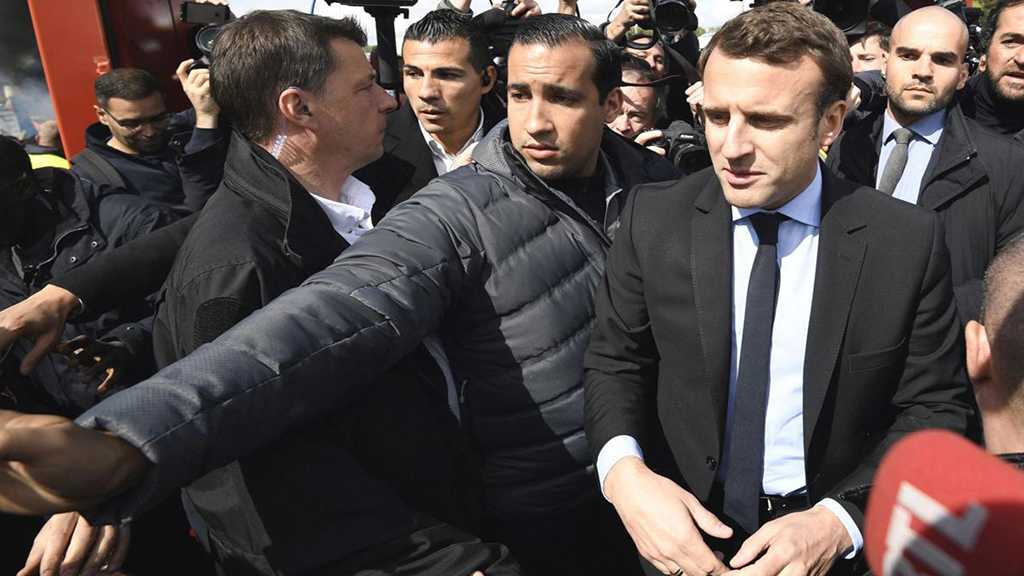 The news comes two days after the video rocked the media, putting the president under fire from opposition leaders.

In further details, Vincent Crase, an employee of Macron's political party, who was accompanying Benalla during the May Day demonstration, was accused of violence and temporarily suspended from work.

French President Emmanuel Macron was made aware of “new facts that could constitute misdemeanor by Alexandre Benalla” and sacked the infamous aide, a member of Macron’s office said on Friday, as quoted by Reuters.

"As a result… the presidency has decided to start Alexandre Benalla's dismissal procedure."

Left-wing French politicians, who lamented that Macron’s entourage was “above the law”, denounced the fact that the president didn’t fire the aide straight away.

In a video published by Le Monde on Wednesday, Benalla, Macron's deputy chief of staff, is seen wearing a police visor; he is filmed dragging a woman and then striking and stamping on a protester during May Day street marches, which are organized every year in the French capital by trade unions.

Macron's spokesman said on Thursday that Benalla got a two-week suspension as punishment following the incident.

However, the presidential office apparently hasn't reported the act of violence to law enforcement authorities, as the security aide can be seen in multiple photos alongside his president during public events.