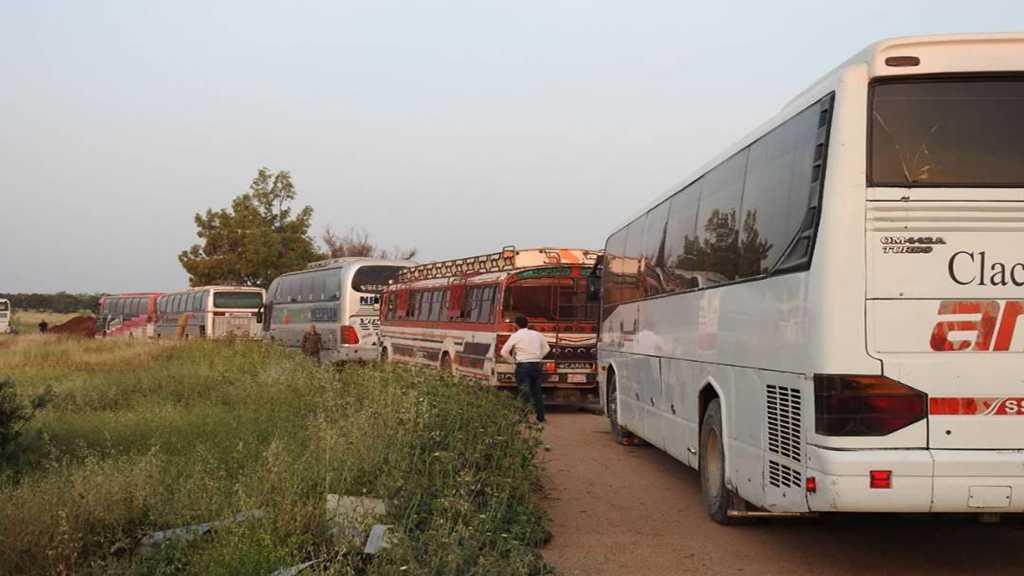 The process of transporting the locals of terrorist-besieged Syrian towns of Kefraya and al-Fua and the rest of kidnapped people from the village of Eshtabraq in Idlib countryside on broad buses to Jabrin temporary housing center in Aleppo ended.

In this regard, SANA reported that 18 buses transporting the last batch of the locals of Kefraya and al-Fua arrived in the corridor on Friday after midnight.

The locals were transported to Jabrin temporary housing center in Aleppo on the eastern outskirts of Aleppo city.

The rest of people from the village of Eshtabraq who have been kidnapped by the terrorist groups were liberated as a bus transporting 33 kidnapped people arrived in Tallet al-Eis corridor before transferring them to Aleppo hospitals to check on their health status.