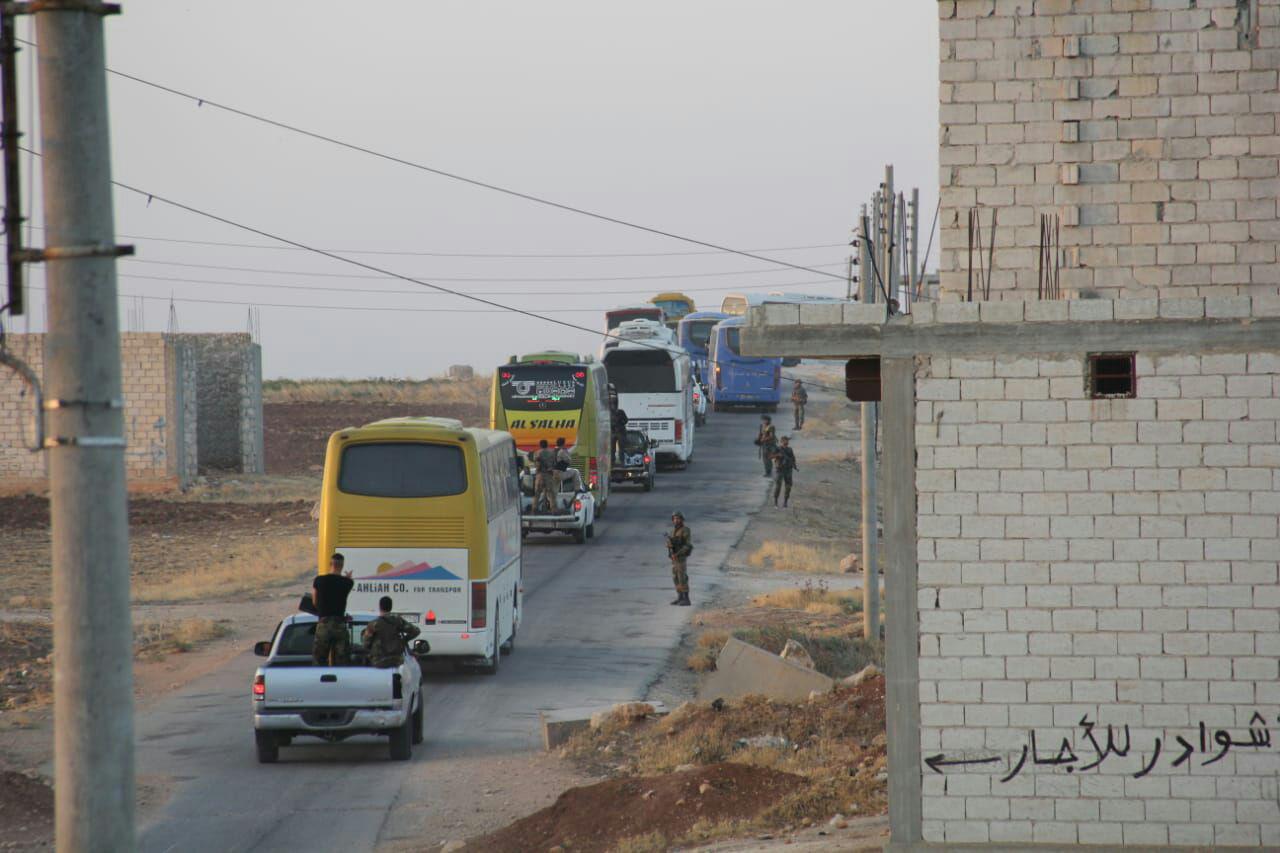 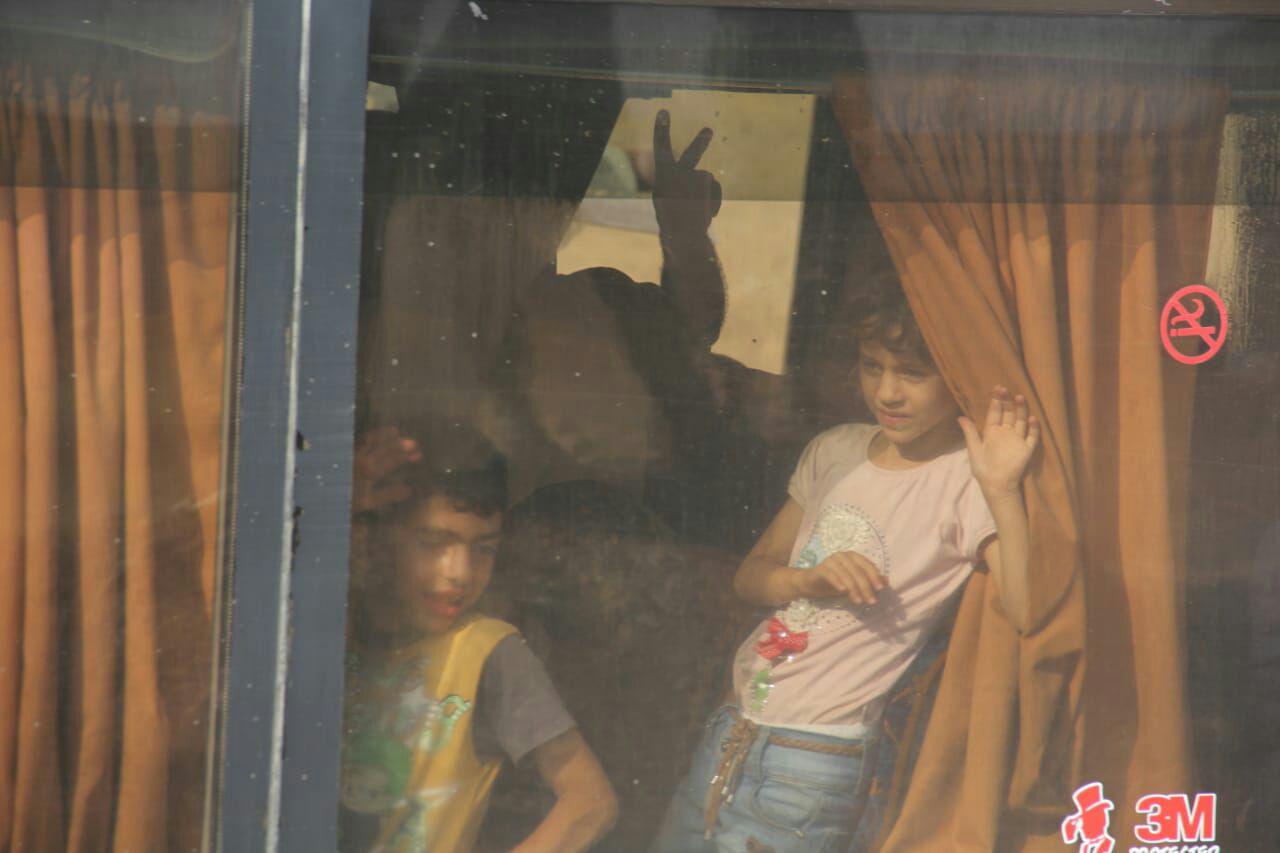 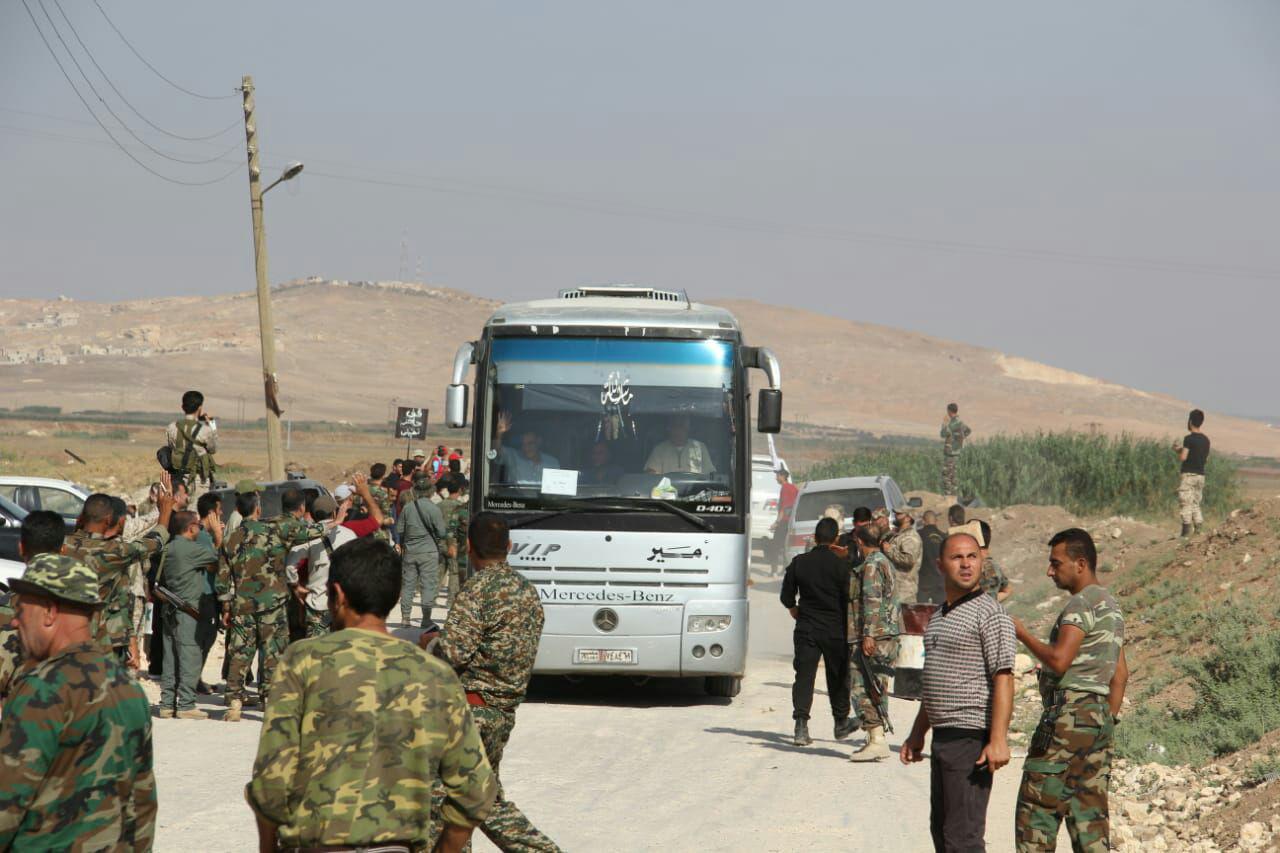 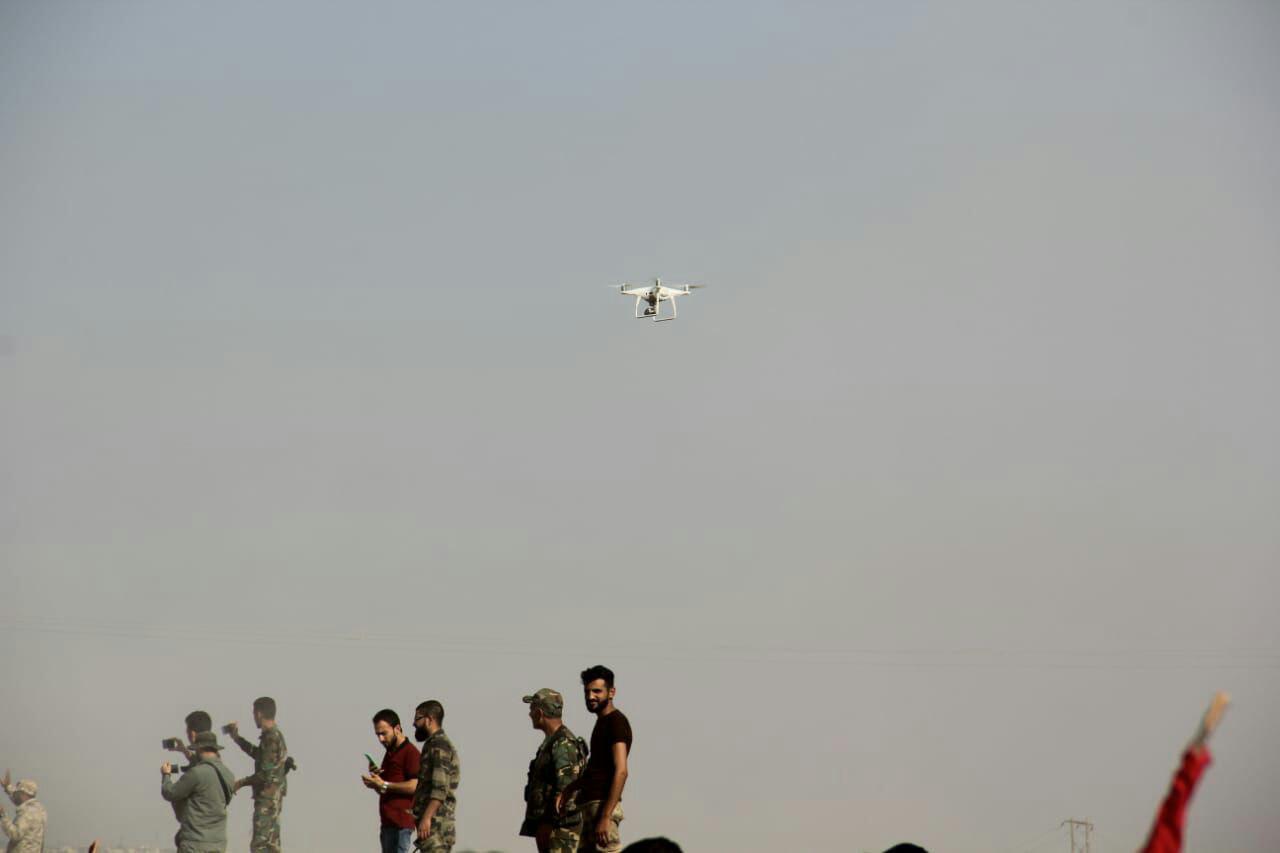 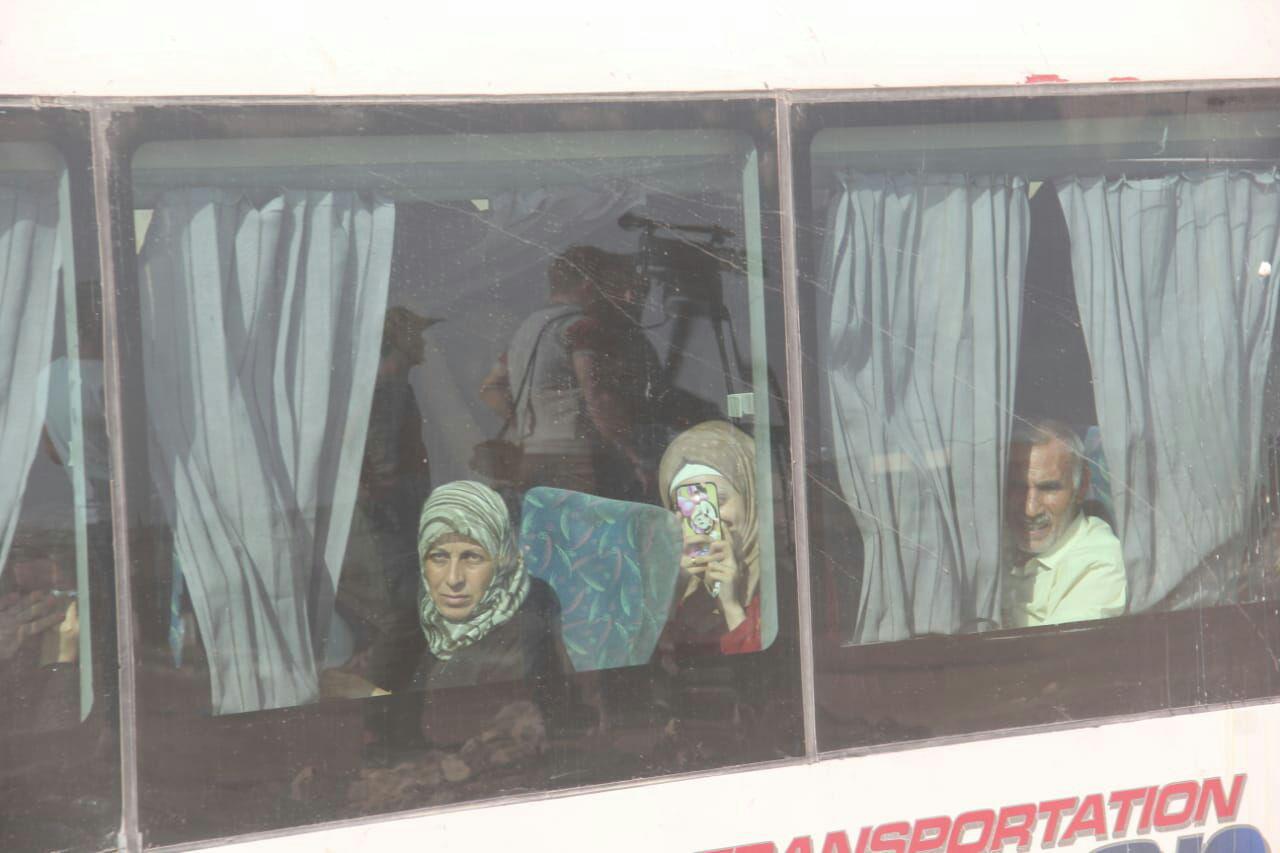 The process of transporting the locals of terrorist-besieged towns of Kefraya and al-Fouaa on board buses to al-Eis corridor in Aleppo southern countryside continued on Thursday.

Transporting the locals comes in implementation of the agreement which stipulates for liberating the rest of the kidnapped people from the village of Eshtabraq, in addition to thousands of the locals of Kefraya and al-Fouaa.

Tens of buses and ambulances carrying the locals of the besieged towns were secured and they arrived in al-Eis corridor. The locals will be transported later to makeshift centers.

The rest of buses are scheduled to successively arrive in the temporary housing centers, in addition to liberating the rest of the kidnapped from the village of Eshtabraq.