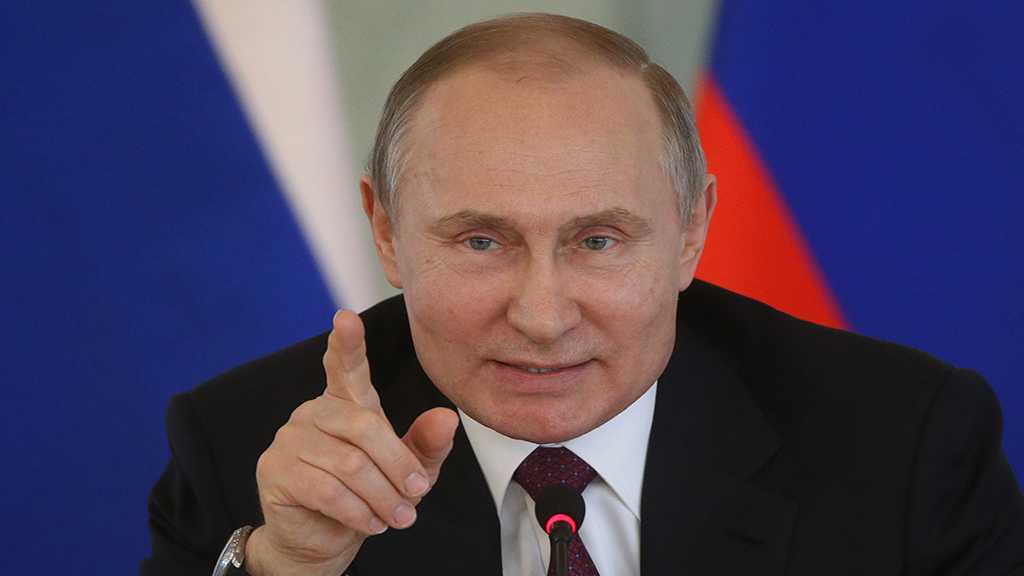 In an interview with American Fox News TV channel Putin replied to a question on the allegations that “Russia bombed Aleppo and Ghouta” by saying “You know, when there is warfare going on – and this is the worst thing that can happen for humankind – victims are inevitable, and there will always be a question of who’s to blame. I think it is the terrorist groups, particularly Daesh [the Arabic acronym for ‘ISIS/ISIL’] and Jabhat al-Nusra who are to blame who destabilized the situation in the country.”

He reiterated that a large number of civilians have been killed in the fierce and daily shelling by the US strikes on Raqqa city.

Putin noted that he discussed the humanitarian process with US President Donald Trump, adding “I think that we will achieve progress.”

He said “We must discuss all facts and not to cut off one piece of the comprehensive picture and forget about other pieces,” indicating that it is regrettable not to know what is taking place in Syria.

“There is nothing good in the fall of victims and I repeat that those who considered civilians as hostages due to their terrorist nature are the ones who bear responsibility for that.”

Putin hoped that there will be a progress in the cooperation with Washington with regard to settling the crisis in Syria.

He indicated that Moscow and Washington agreed on the necessity of eliminating the danger of terrorism and on the importance of cooperation between the two countries in this regard.

He further noted that if the terrorists put their hands on mass destruction weapons, this will have destructive repercussions on the world, adding that the intelligences of the two countries are cooperating in this domain.