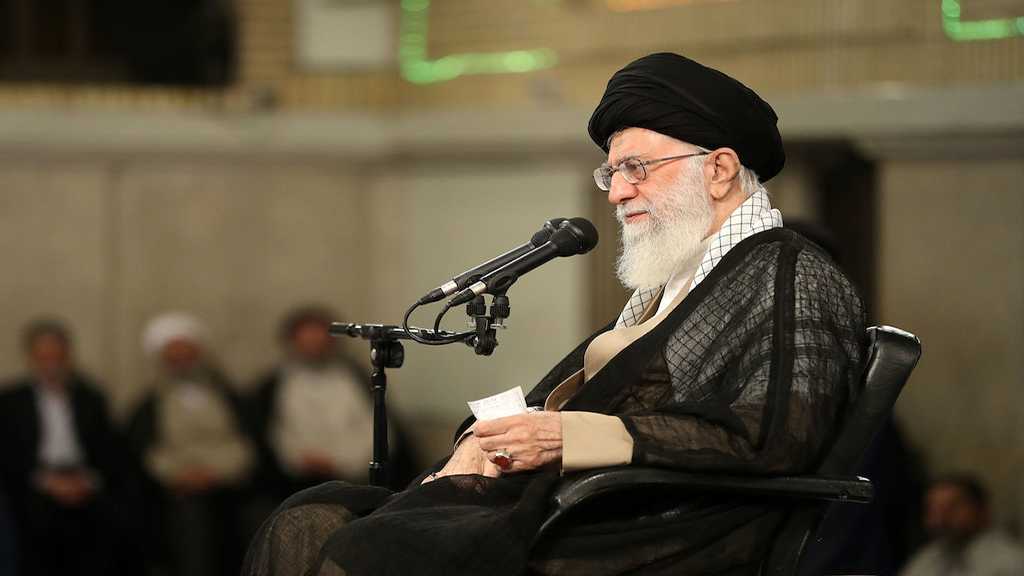 Leader of the Islamic Revolution His Eminence Imam Sayyed Ali Khamenei said that, with God's help, the US devil policy on Palestine dubbed as the Deal of Century would not be realized.

Referring to the attempts of the enemies focused on confrontation with Muslims, particularly on Palestine and Yemen, Imam Khamenei said, 'The Americans have called their evil policy on Palestine 'the Deal of Century', but they'd better know that with God's help the deal will never be realized, and to the US statesmen disappointment, the Palestine cause will not be forgotten, and Quds will remain its capital.'

Imam Khamenei made the remarks Monday addressing a number of Iranian Hajj officials.

Emphasizing that the Palestinians, supported by other Muslims, would resist the plot, he said some Muslim governments have sacrificed themselves for the Americans.

'God willing, the Muslim Ummah and Palestinian people will overcome their enemies and will witness the day when the Zionist regime has been uprooted in Palestine territories,' the Imam added.