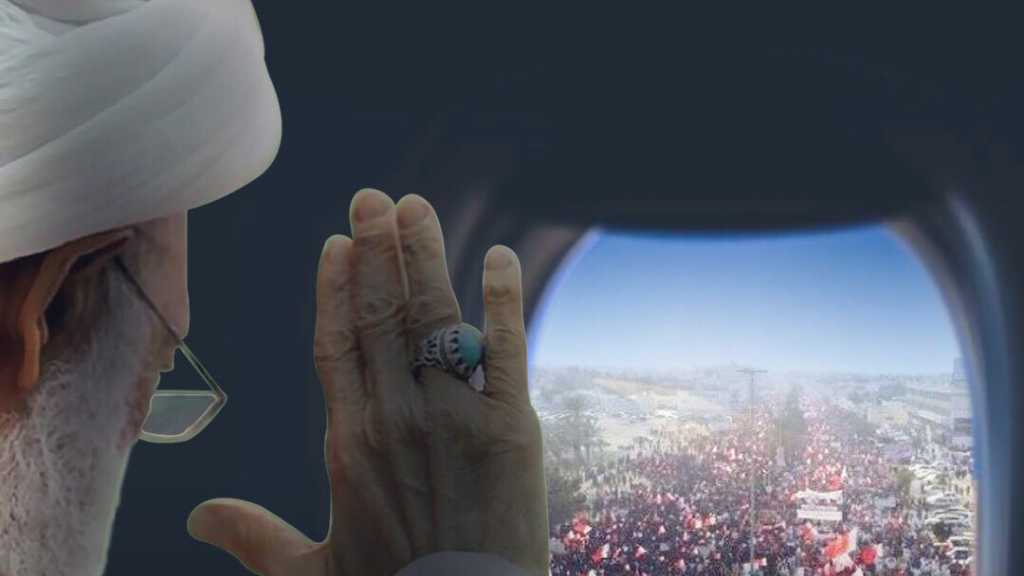 The team following up the treatment of Bahrain's most prominent cleric Ayatollah Sheikh Isa Qassim, said the latter had left for the United Kingdom this morning on Monday (July 9, 2018) for treatment.

The medical team said in a statement that medical reports called for his "immediate transfer to the competent hospitals" after "consensus among concerned doctors on quickly taking the necessary measures to prevent the deterioration of his condition."

"His Eminence was taken by ambulance from the hospital where he was being treated to Bahrain International Airport for transfer to the United Kingdom, the destination which was specified by doctors as a medically appropriate option for his health condition," the statement added.

Bahraini authorities have allowed Sheikh Qassim to receive treatment outside the country after nearly 14 months of house arrest, which has led to the deterioration of his health.

Bahrain's Foreign Minister, Khalid bin Ahmad Al Khalifa, said that the King of Bahrain, Hamad bin Isa Al Khalifa, ordered "the facilitation of Sheikh Isa Qassim's travel for treatment abroad, according to his wishes and his doctors' opinions, and covering any costs required by treatment."

On 20 June 2016, the King of Bahrain revoked Ayatollah Qassim's nationality, while security forces imposed a siege on his hometown since that day. In May 2017, the authorities imposed a house arrest on Qassim after a sit-in was held in front of his house was cleared by force, which led to the deaths of 5 demonstrators and left dozens of other citizens injured.