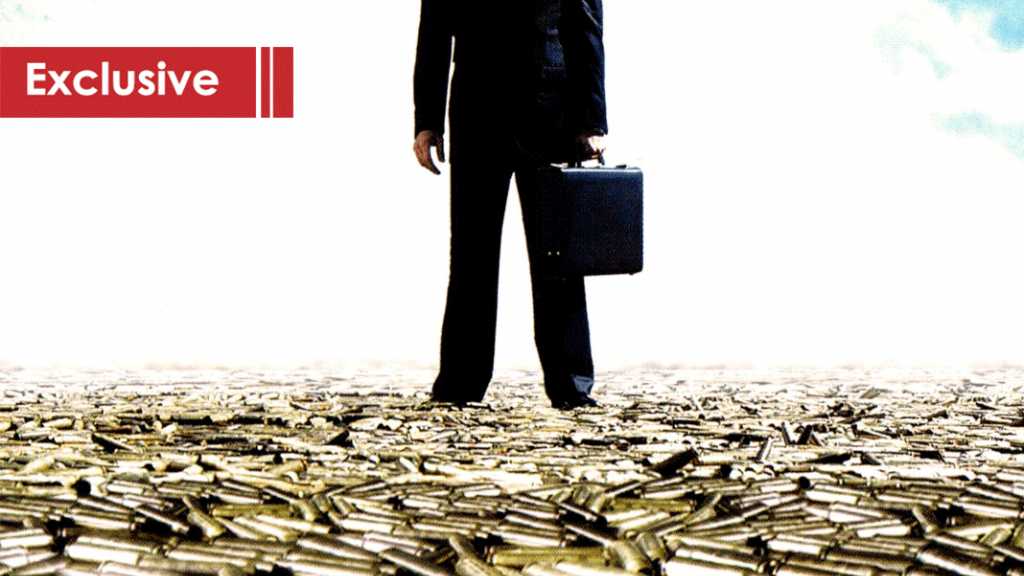 Since the 1990s, the global trade in illicit goods has grown exponentially. From the trafficking of human beings and their organs, to the sale of narcotics, oil and, of course, weapons, today’s world enables the acquisition of anything if the price is right.

The illegal arms trade in particular has enjoyed a rise in both orders and prices since 2012, much to the delight of its chief benefactors.

Like most other markets, this one has its top movers and shakers, too, commonly associated with one or more flags.

Aside from the internationally-renowned Viktor Bout, who had the misfortune of being immortalized by Nicholas Cage’s portrayal of Yuri Orlov in the 2005 Hollywood film Lord of War, there are indeed another half-dozen individuals who act as the face of the illegal arms trade.

All originate from former Soviet republics, and all work for the security apparatuses of at least one state – the support of which is essential in the tussle for the world’s warzones.

Among these is Leonid Efimovich Minin, who is known to have sold hundreds of tons of arms, mostly to client states in West Africa.

Minin left his native Ukraine in 1972, before ending up in “Israel”, where he was quickly given the citizenship.

Another “Israeli” citizen of Ukrainian origin, Vadim Rabinovich, maintains a special place in the club of arms dealers.

Rabinovich is the president of the All-Ukrainian Jewish Congress and has his own political party in Kiev. But he also enjoys a reputation for being the delivery mechanism for arms shipments to all of the world’s hotspots.

Not surprisingly, perhaps, Rabinovich’s numerous businesses have only flourished in recent years.

According to a Geneva-based independent research project, Small Arms Survey, Ukraine has been transformed into a leading destination for the trade in illegal weapons since the country’s 'colored revolution' in 2014.

‘Have lots of sons and lots of guns’

Pakistan’s Darra Adam Khel, which has a local bazaar packed with gunsmiths and weapons merchants, gained notoriety over the years for having the highest rate of arms deals in a single town.

Attracting captivated tourists and filmmakers, the town’s locals pride themselves on their reputation, even adopting the motto, 'have lots of sons and lots of guns'.

Ukraine may soon be espousing similar axioms as it develops traditions of its own.

These days, news of a weapons depot explosion anywhere in the country is greeted with the assumption that the facility had first been emptied of its most valuable contents before being set ablaze.

The fires restrict access to the sites because detonations resulting from the ammunition intentionally left behind take months to subside.

Interpol’s records show that Ukraine has had over USD 30 billion of military hardware stolen in recent years.

Another lesser known piece of information to the general public is the fact that Ukraine was flooded with no fewer than three million pieces of illegal small arms in the lead-up to the country’s civil war.

But portals from across the border in Russia report that Ukraine was not the final destination for these colossal weapons stockpiles.

The Small Arms Survey makes similar allegations in one of its briefing papers, warning that “while [Ukraine’s] armed conflict may be geographically contained, its small arms are not.”

There has been no shortage of stories since the start of the conflict in Syria about the way in which Eastern European ports are used as the main transit points for American arms shipments destined for terrorist groups in the Middle East.

The latest came from Ukrainian journalists and social media activists, who published leaked documents showing that food containers headed for Syria, Lebanon, and Iraq were in fact stuffed with large-caliber rockets and other projectiles.

Linking American arms companies with Ukrainian officials and terrorists in the Middle East, the reports showed that the weapons were being transported under the guise of civil freight by the Seattle-based Alaska Reefer Management firm.

The arms shipments are reported to have made it into the hands of the Daesh terror group, and a number of other militant formations operating across the volatile region.

Another badly kept secret is the fact that the transportation and distribution of American arms shipments requires a license from the Central Intelligence Agency, which then offers logistical support and advice on how to avoid detection.

From a political standpoint, the motivations for a state’s involvement in such a business are obvious.

The sale of illegal arms is used as an instrument for affecting the outcome of global conflicts.

This initially clandestine form of support eventually evolves into a public and ‘legal’ delivery of more advanced weapons – transforming the entire process into a tool for exerting international, geopolitical and diplomatic influence.

Although the illegal arms trade generates a substantial sum of money – estimates put the number at USD 30 billion annually – the genuinely lucrative deals are often inked in full view of the world.

Last year, US President Donald Trump reached an agreement with Saudi Arabia to sell the kingdom USD 350 billion worth of weapons over the next decade in what became the single largest arms deal in history.

According to the Stockholm International Peace Research Institute (SIPRI), the Middle East was witnessing a sharp increase in arms imports even before Trump took office.

Saudi Arabia is the biggest importer of arms in the Middle East and the second in the world, quickly followed by its neighbor, the United Arab Emirates (UAE).

Meanwhile, the US is the world’s top weapons exporter and controls one-third of the global market.

It also sells arms in more than 100 countries around the world— significantly more than any other supplier state.

These weapons have played an instrumental role in fuelling global conflicts, especially those that have been ravaging the Middle East for decades.

Following the publication of SIPRI’s data earlier this year, Iran’s Foreign Minister Mohammad Javad Zarif quickly took to Twitter, blasting Washington for pumping “over half of its arms exports into our region.”

“The vast majority goes to inexperienced and adventurist leaders who are engaged in war crimes,” Zarif added in reference to the Saudi-led military campaign in Yemen.

“Yet Iran is alleged to be the source of instability. Funny how facts are the greatest enemy of both demagoguery and populism.”