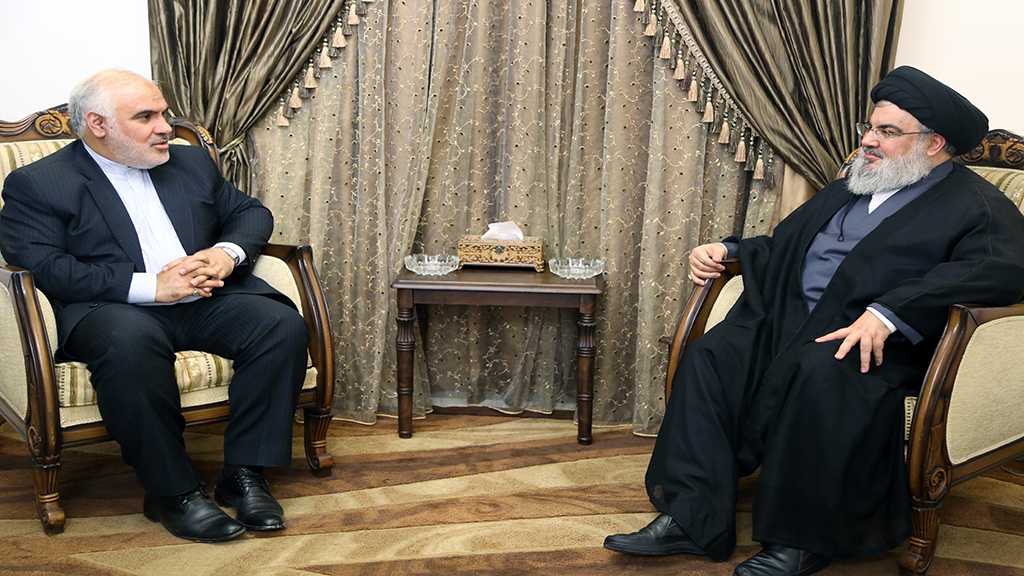 Hezbollah Secretary General His Eminence Sayyed Hassan Nasrallah received the Ambassador of the Islamic Republic of Iran to Beirut Mohammad Fatah Ali who paid him a farewell visit after the end of his mission in Lebanon.

Sayyed Nasrallah thanked Fatah Ali’s blessed efforts and good deeds during the four years of his mission in Lebanon, by the side of the Lebanese people, government and resistance, in which he was the best brother, friend and supporter, representing the Islamic Republic with all its supporting principles and stances to the peoples of the region in the face of the challenges and threats made by the enemies of the nation.