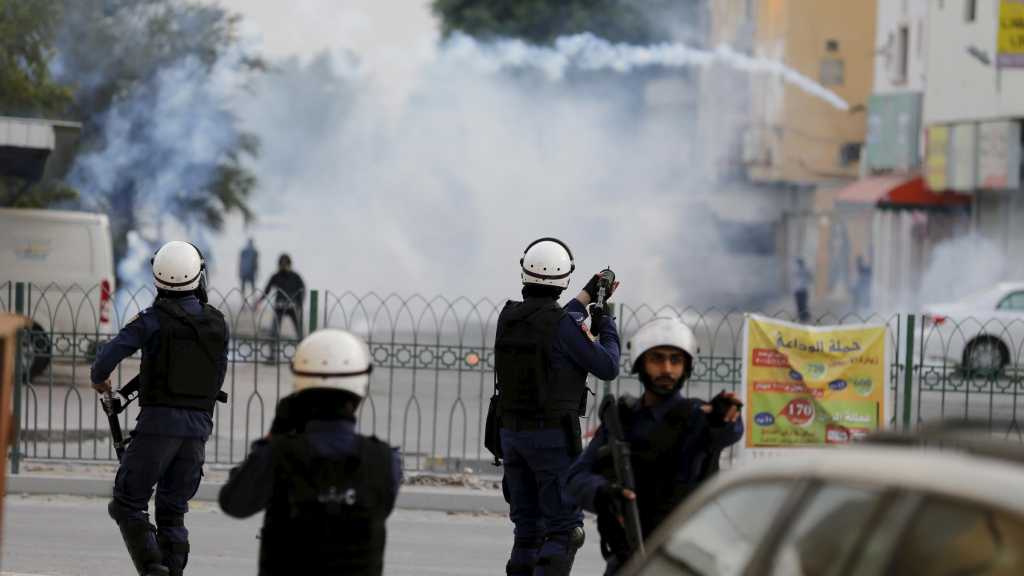 As Al-Khalifa regime continues to brutally attack the Bahraini civilians, a human rights monitoring group revealed that more than 59 houses were stormed and 42 activists were detained across the tiny Gulf kingdom in June.

It added that regime forces also set up checkpoints in numerous areas and on streets as part of Al-Khalifah’s continued crackdown on people.

Meanwhile, the Bahrain Center for Human Rights [BCHR] has revealed that authorities at the notorious Jaw prison have prevented some 80 political inmates from contacting their families.

Bahrain’s Supreme Court of Appeal has sentenced three anti-regime dissidents to life imprisonment and jail terms.
They are demanding that the Al-Khalifah dynasty relinquish power and allow a just system representing all Bahrainis to be established.