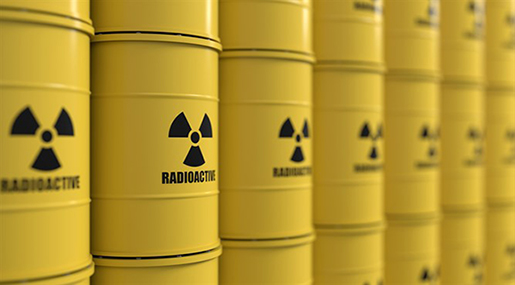 Iran announced restarting production at a "major" uranium facility involved in its nuclear program, though it still pledges to follow the terms of the country's landmark nuclear deal now under threat after US President Donald Trump pulled America out of the accord.

Iranian comments about the Isfahan plant, which produces material needed to make enriched uranium, appear aimed at pressuring Europeans and others to come up with a way to circumvent new American sanctions.

Already, many international organizations are pulling back from promised billion-dollar deals with Tehran and the country's currency has entered a free-fall against the dollar.

Meanwhile, the Atomic Energy Organization of Iran said in a statement late on Wednesday that it reopened a plant that converts yellowcake, a uranium powder, into uranium hexafluoride gas. That gas is what scientists put inside of centrifuges to make enriched uranium that can be used in nuclear power plants or in atomic bombs. Iran has long stressed that its program is peaceful.

The "production plant at Isfahan UCF Complex has been practically inactive since 2009 because of the lack of yellowcake in the country," the organization said in its statement.

That marks an Iranian acknowledgement of something it denied back in 2009 - that it had exhausted its sole supply of yellowcake, which came under a deal that Iran's Shah Mohammad Reza Pahlavi made with apartheid South Africa in the 1970s.

Since the 2015 nuclear deal, Iran has purchased yellowcake from Kazakhstan and Russia, as well as mined its own domestically. The accord allows for that, but limits Iran's enrichment of uranium to 3.67 per cent, enough to use in a nuclear power plant but far lower than the 90 per cent needed for an atomic weapon.