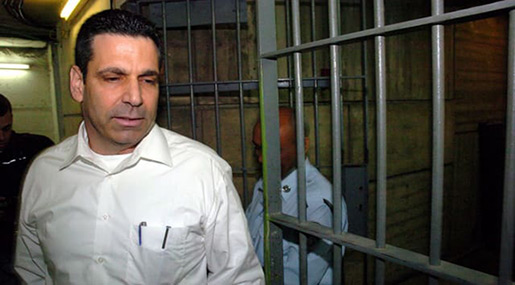 The bombshell announcement by the Shin Bet security service on Monday that "Israeli" former minister Gonen Segev was indicted for spying on Iran's behalf over the past six years is without precedent in "Israeli" history.

Intelligence agencies are constantly on the lookout for high-value agents - individuals with information about or connections to a target country's inner circles. For Iranian intelligence, the recruitment of a former cabinet minister and Knesset member like Segev as an agent would have been a significant achievement.

Nevertheless, if the charges against him are true, he could have provided the Iranians with intelligence hard to obtain.

Anyone who was once a member of the club understands how things in the "Israeli" entity work behind the scenes - the complex web of political and business ties, the war establishment's role and influence. As a former energy minister, Segev also had significant information about the entity's energy industry, which is always a target for an enemy.

Segev was also charged with attempting to recruit additional agents for the Iranians - people he knew in the fields of defense, security and diplomacy.

The standard claim made by "Israeli" intelligence professionals about their Arab rivals is that they have trouble recruiting "Israeli" agents from the war establishment or circles close to the decision makers. But Iran and Hezbollah, both together and separately, are evidently mounting a more sophisticated effort against the "Israeli" entity than Arab countries are.

In 2004, when Segev was first arrested for drug smuggling, the Ynet news website reported that Hezbollah had tried to recruit him at that time.

According to the Shin Bet security service, Hezbollah also once ran former MK Azmi Bishara, who fled the entity after being accused of espionage and now lives in Qatar.

The "Israeli" recruits were more useful to enemy intelligence agencies for their ability to provide background and explanations than for their possession of concrete secret information.

Beyond Segev's story, this case raises serious questions about the "Israeli" entity's counterespionage capabilities. The Shin Bet will presumably seek to broaden its inquiries to ensure that Iran didn't recruit other agents who still play or previously played an active role in events, but without starting a witch hunt.

The agency's counterespionage unit has been greatly expanded in recent years. The Segev case hints that this expansion was necessary.

Not only could Segev's recruitment be seen as a win for Iran, but it would also be a loss for the "Israeli" entity's security services, who failed to prevent it or catch it more quickly - though this is somewhat offset by the fact that Segev was eventually arrested.

"This is both a horrible failure for [the Shin Bet] that this happened, but it's also quite a coup for them that they caught the guy," Chuck Freilich, former deputy head of the National Security Council, said on Monday.

"Who would have thought of going after a former cabinet minister?"

According to the Shin Bet, the disgraced former minister did this "in full knowledge that they were Iranian intelligence operatives."

"This is one of the worst espionage cases in ‘Israel's' history," Freilich said.

Segev is being held in a secret Shin Bet facility, but was slated to be moved to prison later this week.