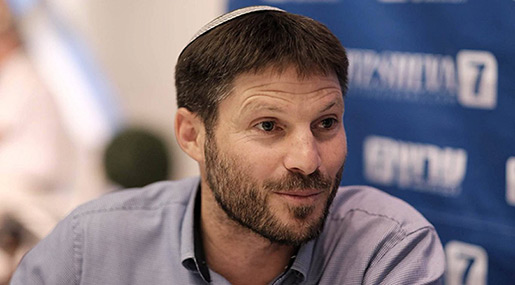 Twitter temporarily suspended the account of the "Israeli" entity's Deputy Knesset Speaker Bezalel Smotrich after he posted on the weekend that a Palestinian teenager who slapped an "Israeli" soldier should have been shot in the kneecap.

Smotrich's account was suspended for 12 hours and he was instructed to delete the tweet, but the lawmaker said he would refuse and would appeal Twitter's demand that he do so.

Twitter determined that the post was abusive and could incite people to harass, terrorize or silence an individual.

Smotrich said in response that Twitter's reaction was "a new record in silencing people. Apparently, freedom of speech is reserved for just for one side of the political map. I stand behind every word in that tweet."

On Saturday, Smotrich tweeted about teenager Ahed Tamimi: "In my opinion, she should have gotten a bullet, at least in the kneecap," he wrote. "That would have put her under house arrest for the rest of her life."

The flare-up was ignited by "Israeli" forces' refusal to leave the Tamimi home in December, the same day her 15-year-old cousin Mohammed Tamimi was shot in the head with a steel-coated rubber bullet.

Soon after the confrontation Tamimi was arrested and later sentenced to eight months' imprisonment.

The Palestinian teenager was sentenced to eight months in prison plus a fine of 5,000 shekels ($1,400). Tamimi's mother Nariman and cousin Noor were also convicted in slapping incident.