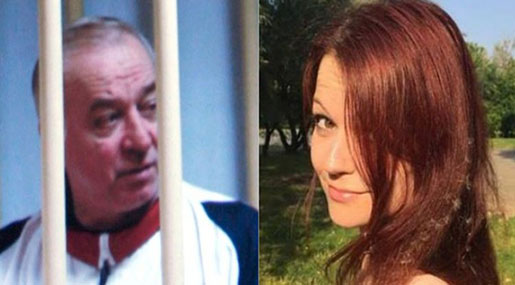 Investigators identified individuals believed to be behind the poisoning of Russian double-agent Sergei Skripal and his daughter Yulia in UK's Salisbury, according to a new report from The Daily Telegraph.

British authorities maintained that the Russian government was behind the nerve agent attack on the ex-spy in Salisbury, England, which Russia has forcefully denied, the report claimed.

The new report further bolstered Britain's case: The "persons of interest" who have been singled out by counter-terrorism police and spy agencies are now reportedly in Russia.

It's not yet clear who the suspects are, or the full nature of the intelligence that investigators hold, though The Daily Telegraph cites flight manifests for UK flights as a source of clues.

Sergei Skripal, 66, has been in hospital since being exposed to Russian-developed nerve agent Novichok in early March. His daughter Yulia Skripal, 33, also fell ill, as did a police officer who was early on the scene, though both have since been released from hospital.

The nerve agent is believed to have been smeared on the door handle of Sergei Skripal's home in Salisbury.