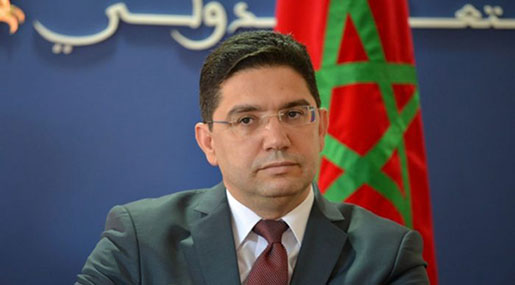 Morocco on Wednesday hinted it could act unilaterally if the United Nations and Algeria fail to stop Polisario Front fighters it accuses of carrying out incursions into a buffer zone.

"If the Security Council does not assume its responsibilities, Morocco will assume its own," Moroccan Foreign Minister Nasser Bourita said after a meeting with UN chief Antonio Guterres.

He said that King Mohammed IV spoke with Guterres directly, expressing "Morocco's clear firm and determined rejection of these provocations, these incursions, by Polisario" into a Western Sahara buffer zone where the UN is responsible for supervising a ceasefire.

Morocco wrote to the Security Council on Sunday to report that fighters of the Polisario Front had entered the northeastern Western Sahara town of Mahbes in recent days in violation of a military agreement setting up the buffer zone.

The fighters turned up in "military vehicles, and have set up tents, dug a ditch and built constructions using sandbags," Morocco's UN Ambassador Omar Hilale said in the letter, a copy of which was obtained by AFP.

Asked about the Moroccan claims, UN spokesman Stephane Dujarric said the MINURSO mission had "not observed any movement of military elements in the northeast territory."

Morocco and the Polisario fought for control of Western Sahara from 1975 to 1991.