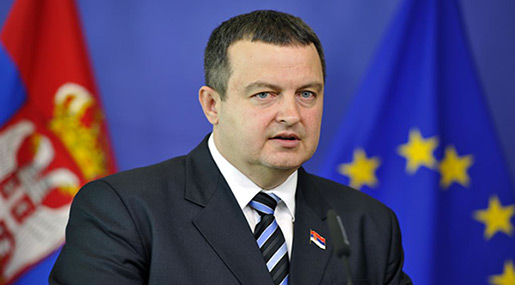 The United Kingdom had asked Serbia to show solidarity with its European neighbors and oust a Russian diplomat from the country over the Skripal case, but the Balkan nation refused to comply.

Serbian Foreign Minister Ivica Da?i? told the Pink TV broadcaster that Britain had demanded that Serbia expel a Russian diplomatic worker as part of the coordinated measures taken against Moscow over the alleged poisoning of former Russian spy Sergei Skripal and his daughter Yulia.

The foreign minister highlighted the fact that London was pursuing its own interests while Kosovar security forces had stormed the building in the center of Kosovska Mitrovica and disrupted a meeting on the normalization of relation between Serbia and Kosovo. The police of Kosovo detained the head of the Serbian Office for Kosovo and Metohija, Marko Djuri?, and later deported him to Serbia. The incident led to riots by local Serbs in the city, with 32 people sustaining injuries after the police deployed tear gas and used grenades against the protesters.

Last week, Serbian President Aleksandar Vu?i? held a phone conversation with his Russian counterpart Vladimir Putin and reassured him that Belgrade was not going to join other European countries and expel Russian diplomatic workers.

Over 25 countries, including a number of EU member-states, the US, Canada, Australia, Norway, have declared more than 150 Russian diplomats personae non gratae in solidarity with the United Kingdom over Moscow's alleged involvement in the Skripals' poisoning.