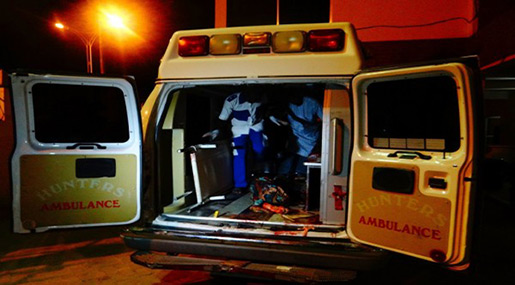 At least 18 people were killed and 84 wounded when Boko Haram militants clashed with Nigerian soldiers near the northeastern city of Maiduguri overnight, the emergency services agency said Monday.

The deaths come after clashes between the military and militants near the northeastern city of Maiduguri overnight.

"So far we have recovered 18 dead bodies from the two villages Bale Shuwa and Bale Kura," on the outskirts of Maiduguri, Benlo Dambatto, an official from the State Emergency Management Agency (SEMA) told AFP.

Maiduguri, the capital of Borno State, is the birthplace of Boko Haram, whose nearly nine-year fight to establish a hardline "caliphate" in northeast Nigeria has claimed at least 20,000 lives and displaced more than two million people.

"The victims were killed while trying to escape the fight between the insurgents and the military," the Borno branch of SEMA said.