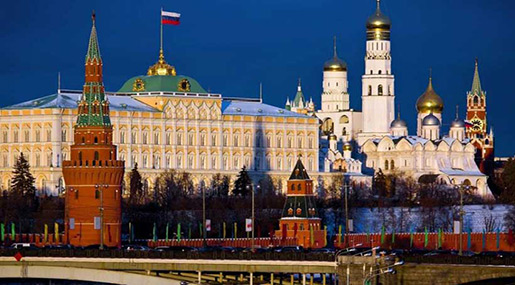 The Russian government is threatening retaliation over one of the largest mass expulsions of its diplomats in history after more than 20 countries, including the United States, backed action by the UK over the poisoning of a former Russian spy in southern England.

Lavrov said Tuesday the expulsions are the "result of colossal pressure and colossal blackmail, which is Washington's chief instrument in the international scene."
He added, "Rest assured, we will respond."

Kremlin spokesman Dmitry Peskov said the government "deeply regretted" the US decision to expel diplomats, and would analyze the situation before submitting a proposal for retaliatory action to President Vladimir Putin.

"We already stated and reconfirm that Russia has never had any relation to this (poisoning). We will be guided by the principle of reciprocity as before," Peskov said.

The United States announced Monday it would be expelling 60 Russian diplomats and closing the Russian Consulate in Seattle in what is President Donald Trump's toughest diplomatic move against Moscow since taking office.

NATO also is withdrawing accreditation for seven staff at its Russian Mission and suspending application requests for three more, Secretary General Jens Stoltenberg said.
The maximum size of the Russian mission to NATO would be reduced by 10, bringing the total number down to 20, Stoltenberg said.

When the Obama administration expelled 35 diplomats over Russian meddling in the 2016 election, the Russian government told the United States to cut its diplomatic staff inside Russia by 755.

In response to the latest expulsion of diplomats, Vasily Nebenzia, Russia's UN representative, accused the United States of "abusing its rights and obligations" as the host of the UN General Assembly, according to Tass.

Nebenzia said the expulsion of diplomats would hamper Moscow's efforts at the international body.

"Of course this is a blow to our mission, but I think we'll mobilize," Nebenzia told Tass.

Relatedly, a handful of EU countries suggested they wouldn't be following suit and expelling Russian diplomats, among them Austria and Portugal.

Austrian Chancellor Sebastian Kurz tweeted that while he stood behind the European Council's decision to recall the EU ambassador from Moscow, Austria wanted to be "bridge-builders between East and West and keep communication channels to Russia open."

Similarly, Portugal expressed its "solidarity with the United Kingdom" over the Salisbury attack, though stopped short of expelling Russian diplomats in a statement.

Turkey also said it would not be taking action, with Deputy Prime Minister Bekir Bozdag telling reporters in Ankara: "There is a positive and good relation between Turkey and Russia."

China, a key ally of Russia's, has urged countries to "abandon a Cold War mentality." Foreign Ministry spokeswoman Hua Chunying told reporters Tuesday that "relevant countries" should "avoid taking any actions that would aggravate the conflict."