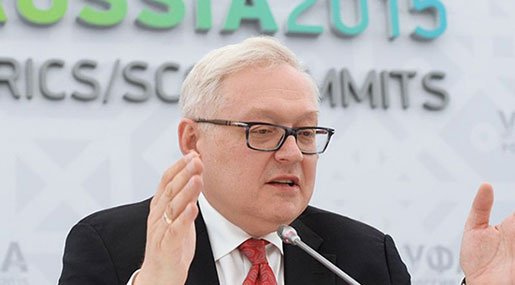 Russian Deputy Foreign Minister Sergei Ryabkov said that Washington has once again directed false accusations at Russia, and that it threatens and attempts to turn everything upside-down.

Ryabkov's comments came in response to US President Donald Trump's order to expel 60 Russian diplomats, including 48 employees of the Russian Embassy and 12 people who have been assigned to the United Nations in New York.

"We are open to constructive work, we will continue it, but without a tough response to yesterday's decision by the US authorities on our diplomatic missions, the current situation will not remain," Ryabkov said.

"I would like to express the hope that, nevertheless, a healthy beginning, which I am sure remains in the approach to relations with Russia, at least some responsible figures in the United States, will sooner or later prevail," the deputy minister added.