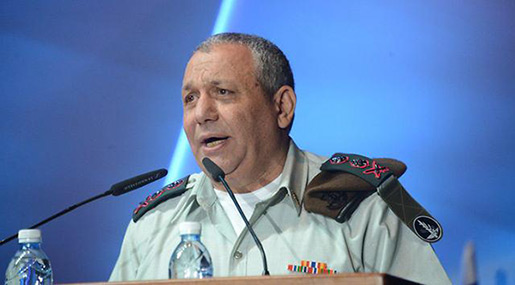 Tensions have been on the rise on the Gaza border after Hamas held a large-scale military exercise on Sunday and machinegun fire from the strip triggered the Iron Dome missile defense system.

In addition, Hamas is planning a mass march of Palestinians in Gaza towards the border with the "Israeli" entity and protests starting this Friday, Land Day, and ending on May 15, Nakba Day.

The exercise incorporated several replicas of the "Israeli"-made Merkava tanks to simulate IOF forces. Eye-witnesses in Gaza said Hamas launched at least one rocket into the sea as part of the exercise.

On Sunday evening, multiple Code Red false alarms were blasted in the "Hof Ashkelon" and "Sha'ar HaNegev" Regional Councils and in the southern city of "Sderot" as the Iron Dome missile defense system mistook bullets from the Gaza Strip for a fusillade of rockets.

The regional councils originally reported that Iron Dome was said to have intercepted every rocket. However, the IOF later confirmed that no salvo had been fired at the "Israeli" entity.

An "Israel" Air Force inquiry Monday found that neither human nor technical errors were responsible for triggering the Iron Dome missile-defense system against machinegun fire from Gaza, and the salvo was the result of simple risk aversion.

"There was system oversensitivity, and we had five seconds to decide. We don't take chances in situations with even the slightest potential of harming either civilians or property," said Brig.-Gen. Zvika Haimovich, the commander of the IAF's air defense systems.

The IOF's Gaza Division is also making preparations for the march, including reinforcing the obstacles on the border with pyramids of barbed-wire. The army also plans to use advanced measures against rioters.