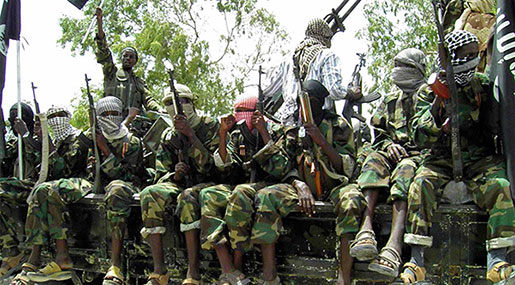 The Socio-Economic Rights and Accountability Project group said such a plan will be tantamount to a denial of justice for victims of insurgency.

In an open letter addressed to Buhari, SERAP said Boko Haram would continue to undermine peace and stability in the country if he goes ahead with the plan.

"Boko Haram should not be allowed to escape the consequences of their crimes if the authorities are to prevent a cycle of revenge leading to further violence and conflict. We believe that granting amnesty to Boko Haram would be an open violation of the Nigerian constitution of 1999 [as amended] and international law and would entail a virtual denial of justice for victims," the letter read.

"Any amnesty for Boko Haram would take away the rights of the victims to justice, ignore the needs of the internally displaced persons, and never bring ‘closure' to the mass atrocities committed by the group against Nigerians. The victims need to know the truth about what happened, and the alleged complicity of our armed forces and security services in the atrocities committed by the group. The offer of amnesty would prevent the government from addressing these fundamental issues," the rights group added.

SERAP said "any amnesty for Boko Haram involved in serious human rights violations would be contrary to Nigeria's international obligations and commitments, including under the Rome statute of the International Criminal Court [ICC], the international covenant on civil and political rights and the African charter on human and people' rights."

"We contend that any amnesty for Boko Haram with blood stained hands would serve no public interests in terms of the actual reduction of impunity for human rights crimes or deterrent effect. The authorities would never be able to get to the root of the causes of Boko Haram. Nigerians would not know the truth about the factors that continue to fuel the activities of Boko Haram if the authorities go ahead to grant members of the terrorist group amnesty," the letter concluded.