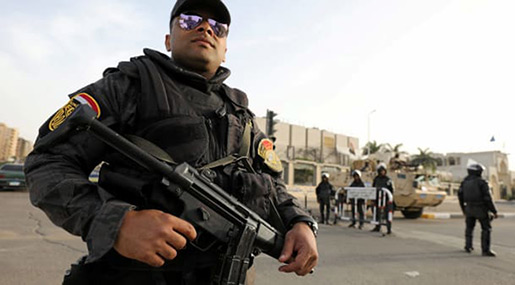 MENA quoted Nemr as saying that two people, a policeman and a driver, were killed in the blast.

Photos on social media that Reuters could not independently verify showed a burnt out car and smoke at the site of the blast.

"On Saturday March 24 an explosive device planted underneath a car exploded ... as the Alexandria security chief drove by," the interior ministry statement said.

Eyewitnesses said police and military personnel had formed a perimeter around the site of the explosion, which took place two days before the country is due to hold a presidential election.