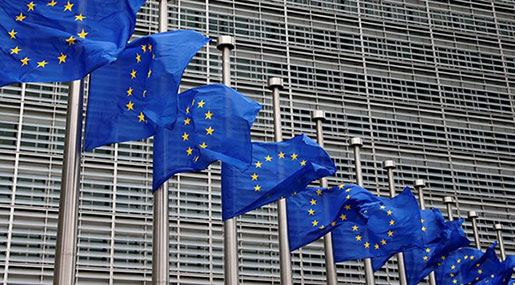 
EU leaders see "no plausible alternative explanation" for the Skripal poisoning and are set to recall their ambassador to Russia for consultations, pressured by the UK to hold the Kremlin responsible for it without due process.


Following talks on Thursday, the leaders of 28 European nations agreed with the British assessment that it was "highly likely" that Russia was behind this month's poisoning of former spy Sergei Skripal and his daughter Yulia.

The European Council "agrees with the United Kingdom government's assessment that it is highly likely that the Russian Federation is responsible and that there is no plausible alternative explanation," the member states said in a joint statement.

While the EU Council insisted that member states "will coordinate on the consequences to be drawn in the light of the answers provided by the Russian authorities," the bloc made a decision to recall its ambassador from Moscow.

The EU envoy "is being recalled for consultations to Brussels," Dutch Prime Minister Mark Rutte said, noting that the "measure" was not a "sanction," and that the ambassador was not being withdrawn from his post in Moscow.

Theresa May arrived in Brussels on Thursday, armed to the teeth with anti-Russian rhetoric and loud warnings that Moscow remains a threat to Europe. Without presenting a single shred of evidence of the Kremlin's involvement in the nerve agent attack in Salisbury, she led her colleagues to form an anti-Russian chorus at the summit.

After expelling 23 Russian diplomats and their families from the UK earlier this month, May reportedly made other leaders contemplate similar measures.

As the EU Council deliberated, Russia's ambassador to Britain, Alexander Yakovenko, warned that the UK has "bad record of violating international law and misleading the international community."

"History shows that British statements must be verified," he added, urging a "full transparency of the investigation" as well as cooperation with Moscow and the experts of the Organization for the Prohibition of Chemical Weapons [OPCW].

Earlier this week, OPCW agents arrived in Britain to begin their probe into the March 4 poisoning, after Russia insisted that an independent investigation be conducted by the chemical weapons body, which is based in The Hague. On Tuesday, OPCW Director-General Ahmet Uzumcu said that it will take "another two to three weeks to finalize the analysis."