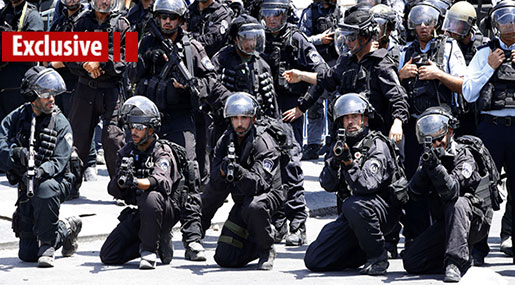 Headquartered in Tel Aviv, "Israel's" Mossad is tasked with gathering and analyzing intelligence, as well as carrying out special clandestine operations beyond "Israel's" borders.

With an average annual budget of USD 2 billion, the agency's work is shrouded in mystery, and as a rule, details about its operations emerge years after the fact. Until 1990, even the identity of the head of the Mossad was kept highly secret.

Today, the agency continues to be the guarantor of ‘security' for Jews - regardless of whether they live in or outside of "Israel."

And even though it is estimated to employ only between 1,200 and 2,000 people - including just a few dozen active officers - the Mossad is still able to conduct operations worldwide by relying on a vast network of foreign nationals of Jewish dissent.

Projections put the number of foreigners willing to assist "Israel's" clandestine services in the tens of thousands.

Working strictly as unregistered operatives, these individuals offer financial assistance, put their properties at the disposal of the agency, and spread propaganda. Most are judges, journalists, and members of the security services.

The conclusion was that Tel Aviv was ‘unhappy' with the government of Russian leader Vladimir Putin.

Today, "Israel's" disapproval of the Kremlin's alliance with Tehran, its support for Syrian President Bashar al-Assad, and its backing for the Palestinians manifest themselves in far more dangerous ways than bad lyrics.

Moscow has also been stepping up prosecutions against Russian Jews on criminal and espionage charges, which includes prominent figures like the former head of the powerful Russian Jewish Congress, as well as the former chief of the Yukos oil empire, Mikhail Khodorkovsky - also said to be "Israel's" man.

All of this has only increased the degree of hostility toward Moscow by "Israel's" Mossad, the UK's MI6, and the American CIA, as their agents begin to feel less at home in Russia.

Perhaps it is not all surprising then that the "Israelis" have become vastly entangled in conflict zones regarded as having the utmost strategic importance for Russia, including its neighbor Ukraine.

In 2014, rebels in eastern Ukraine discovered the body of Michael Falkov following heavy clashes with battalions loyal to the Kiev government. Falkov was identified through his "Israeli" passport, which was also found on the corpse. The news itself is hardly groundbreaking given the high numbers of ‘former' "Israeli" soldiers fighting in Ukraine every day.

But Falkov wasn't just any "Israeli." He also happened to be the former advisor to both "Israel's" Benjamin Netanyahu and Avigdor Lieberman.

Alternative Russian media outlets that accuse the "Israelis" of attempting to recreate the Palestine scenario by suppressing the local population and resettling a growing number of Jews in countries like Ukraine, also asserted that Falkov was in fact working for the Mossad.

Meanwhile, in Russia itself, there is no shortage of local talent for the Mossad to recruit from.

Particular areas of interest for Russian counterintelligence operatives include social Jewish organizations, especially in Russia's far east. These groups, which number in the hundreds, are reportedly saturated with "Israeli" spies that select the most skilled and talented youths and organize their departure to "Israel."

In fact, Moscow believes that "Israeli" advances in the military, economic and scientific fields are made possible partly thanks to Russian emigrants.

During the good old days of the Cold War, the "Israeli" war machine enjoyed considerable benefits from Mossad agents and collaborators in the former Soviet Union.

Both KGB and GRU operatives passed on highly classified information to Tel Aviv about the supply of advanced weapons to Arab states. They also provided full lists of Soviet advisors stationed in Egypt and Syria, as well as information about planned military offensives.

Moreover, a considerable number of Russian Jews trained by the KGB and GRU are reported to have ended up in "Israel" and in the service of the Mossad.

By the 1970s, "Israel's" intelligence and defense community had been receiving a sizable injection of expertise with the arrival of tens of thousands of Jews from the USSR.

Among them were Red Army officers and Russians who worked in secret military facilities.

In the decades that followed, "Israel's" knowledge of Russian weapons programs became so intimate that by the time a Russian general began upgrading Syria's chemical weapons program, Tel Aviv was immediately alerted.

The late General Anatoly Kuntsevich also happens to be the former head of the Novichok project - the deadly nerve agent reportedly used in an attempted murder of a retired Russian double agent on UK soil last week.

In April 2002, in circumstances that remain unknown, Kuntsevich died during a flight from Aleppo to Moscow. The Syrian security services maintain that the Mossad managed to reach and poison the Russian general.

Whatever the truth may be, the Kuntsevich affair appears to underscore the Mossad's familiarity with both Novichok and its chief architect.

And according to the US Congress Office of Technology Assessment, "Israel" possesses a sizeable weapons of mass destruction program, which includes chemical warfare capabilities and an offensive biological warfare program.

These facts become even more significant when one takes the emblem of the Mossad, enshrined with the words of an old proverb, into consideration; "where there is no guidance, a nation falls, but in an abundance of counselors there is safety."