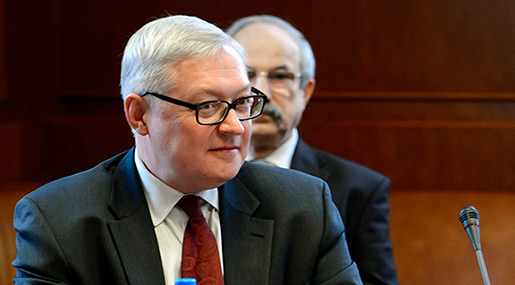 Russian Deputy Foreign Minister Sergei Ryabkov said Moscow will expand its "blacklist" of US citizens in response to the latest sanctions against Russian individuals and entities introduced by Washington.

"For our part, we have ensured parity in the number of individuals included in the sanctions lists from the very beginning. So we will replenish our ‘blacklist' with another group of US individuals," Ryabkov said.

According to the deputy minister, Russia does not want to suspend dialogue with the United States, noting that the future retaliatory measures were not Moscow's choice.

"We're only doing this because of US political stubbornness and unwillingness to perceive reality. We may take additional steps, which we will calibrate in accordance with our own interests and, of course, the need to not suspend dialogue completely in order to at least begin stabilizing bilateral relations with Washington ... We reaffirm that our resolve will not be weakened by any opponents' intrigues, many of whom are beyond the Atlantic Ocean," Ryabkov said.

The US Treasury Department announced the day before sanctions against 19 Russian individuals and five entities, including Russia's Federal Security Service and the Main Intelligence Directorate (GRU) for their alleged roles related to the interference in the 2016 presidential campaign in the United States.