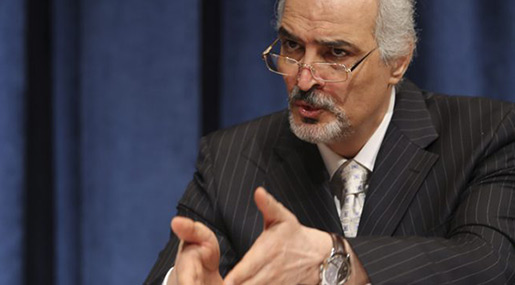 Damascus said the accusations leveled by the US and its allies against the Syrian government regarding the use of chemical weapons in the Eastern Ghouta region are meant to protect the terrorist groups and block the army's advance against foreign-backed militants. 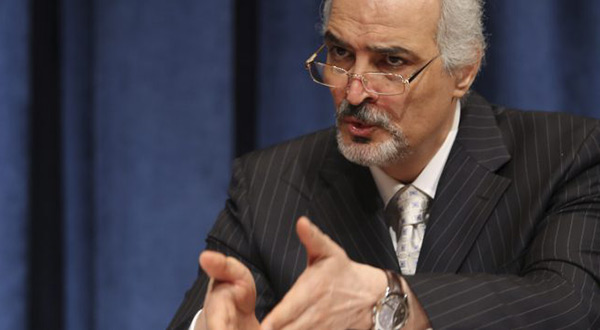 In an interview with Russia's Sputnik news agency released on Friday, Syria's ambassador to the United Nations Bashar Jaafari said the parties supporting terrorism in Syria have "consistently" used the "false" allegations of chemical weapons use as a pretext to increase political pressure on the Syrian government.

In over 140 letters addressed to the UN Security Council and the Organization for the Prohibition of Chemical Weapons (OPCW), Damascus has documented information on the possession of chemical materials by the countries that support terrorists, but the data was deliberately ignored, he pointed out.

Recently, the so-called Syrian Observatory for Human Rights claimed a suspected chlorine attack had taken place in the militant-occupied al-Shifuniyah village of Eastern Ghouta on February 25.

Prior to the report, the Russian Defense Ministry had warned that militant groups in Eastern Ghouta were preparing a false flag attack in a bid to blame the Syrian government for using chemical weapons against civilians.

Russia rejected the allegations against the Syrian government as "unfounded," stressing that only an international body can rule on the issue based on an "impartial" probe.

On March 5, The Washington Post quoted US officials as saying that the government was considering new military action against the Syrian government in response to reports of suspected chemical weapons use.

Britain and France have also said they would attack Syria if such claims are proven.

This is while Syria turned over its entire chemical stockpile under a deal negotiated by Russia and the US back in 2013.

Elsewhere in his interview, Jaafari accused Saudi Arabia and Qatar as well as a number of Gulf regimes of having worked to finance terrorist organizations in Syria and fuel the crisis in the Arab country.

He also said that the Turkish government has facilitated the entry of tens of thousands of terrorists via its border to Syria and armed and financed them.

Turkey also set up training camps on its territory for terrorists and facilitated their access to toxic chemicals, he added.

Referring to Turkey's military campaign on the Syrian district of Afrin, Jaafari said, "Syria will not hesitate in defending every inch of its territory, whether against armed terrorist groups or the invading Turkish, US or Israeli forces."

Ankara launched the Afrin operation on January 20 to eliminate Kurdish militants. Syria condemned the Turkish campaign as an act of aggression, which is meant to support terror outfits operating inside the conflict-plagued country.