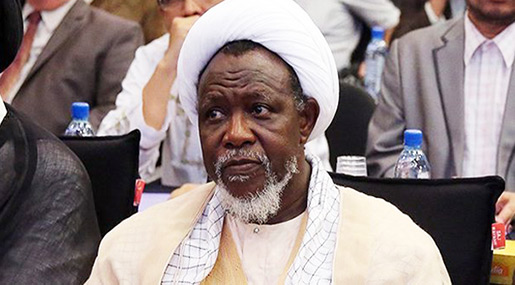 Just a few weeks before the Zaria massacre, the leader of the Islamic Movement in Nigeria [IMN], Sheikh Ibrahim Zakzaky had cautioned members of the Movement to beware of "contractors of infighting" within the Movement.

According to the Sheikh, some eight people had been given a twenty-five million Naira (N25m) contract each, to infiltrate the Movement and cause infighting severe enough to cause commotion and bloodshed.

In a video footage, he said the eight people will cause infighting and "that will be used as an excuse to shoot and kill some people."

This warning was again repeated a few days before the massacre, when he said the number of those given the contract had been increased, and that they were spread in various places including seven in Sokoto, three in Kano and Katsina each, and one each in Niger and Jos and so on and so forth.

In a related notion, a witness and survivor of the horrendous Zaria massacre, Musa Muhammad Waqia, has described that from the frontage of Sheikh Zakzaky's residence alone, the military evacuated at least 3 large truck-filled load of corpses.

Musa Waqia, who said he came to Zaria from Lafia in Nasarawa state, arrived Gyellesu much late when the military had already started the shooting spree mainly from the main road leading to the Sheikh's residence. He therefore used one of the numerous footpaths from the back to gain access to the house.

"At that time they were just a stone throw from the residence," he said. According to him, they had killed so many already and corpses littered everywhere in heaps along every stretch of road around the residence. Three large military trucks arrived and they filled them all to the brim with corpses.

He also witnessed the torching of Sheikh Zakzaky's house. "They used the fuel of his generators to spray the house and set it ablaze with people still inside!"