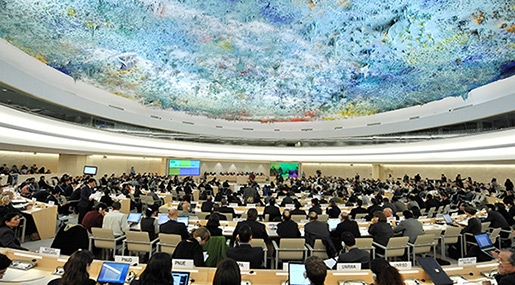 In an open letter to the UN Human Rights Council, the mother of Bahraini death row inmate Sayed Ahmed al-Abbar declared that "human life has become worthless" in Bahrain.

Al-Abbar had his death sentence upheld by Manama's top court on Tuesday despite allegations that his confession was extracted under torture.

He was accused of being behind an April 2016 incident in the Bahraini village of Karbabad, in which a military patrol vehicle was torched and a security officer killed.
However, the exact details of the attack remain undisclosed.

"I appeal to you from a mother's heart aching for her son who I will lose forever because of unjust and unfair verdicts," Al-Abbar's mother writes. "He was subjected to torture and humiliation during the interrogation. The confession was extracted through the use of force and he was forced into signing it without knowing its contents."

She also urges the Council, which is holding its 37th session in Geneva, to deliberate about the rights situation in Bahrain including "unjust verdicts and executions."

"Where is a person's right to life, justice and dignity?" she asks.