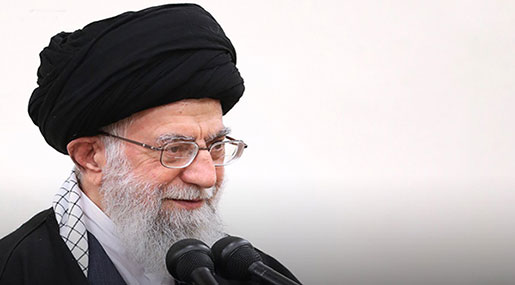 Supreme Leader of the Islamic Revolution His Eminence Imam Sayyed Ali Khamenei highlighted the value of Iranian workers' resistance in face of enemies' plots that were aimed at creating recession in Iran's economy.

'But the workers resisted through the past years, foiling the plots of the enemies,' the Imam added.

Imam Khamenei made his remarks during a meeting with staff of a congress held on commemoration of the martyrs of Iran's workers community, held earlier this month. The full text of the Imam's statements was read out in the congress that is being held on Monday.

The leader in the meeting said that any effort with the aim of commemorating the martyrs is of a great value, but the efforts for the martyrs of the workers' community is far more valuable.

'Highlighting the sacrifices they made in the battlefield for the public opinion is an admirable job,' he said.

The congress to mark the sacrifices of the 14,000 martyrs of the Industry sector is under way. It is attended by a number of high-ranking military officials, as well as the family members of the martyrs.