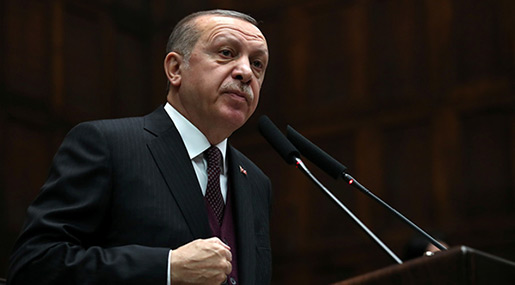 Turkish President Recep Tayyip Erdogan warned that Washington could soon receive the "Ottoman slap", while also stating that all members of NATO are equal with the US. 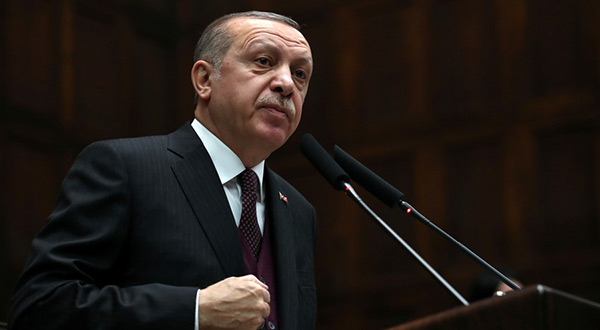 While speaking to the ruling Justice and Development (AK) party in Ankara on Tuesday, Erdogan referenced a recent remark by Lt. Gen. Paul E. Funk, the top US commander in the US-led coalition against the Wahhabi Daesh [Arabic acronym for "ISIS" / "ISIL"], who said that Turkey would face a sharp response if it struck Manbij, Syria.

"Those who say they will give a sharp response if hit, have clearly never got the Ottoman slap in their lives," Erdogan said, referring to a half-legendary Turkish martial move that involves a potent open-palm hit, resulting in a one-hit knockout or even skull fractures and death.

His remarks come at a time of increasingly strained relations between the US and Turkey. On Monday, Ankara sought clarity from the US while threatening to break ties. Foreign Minister Mevlut Cavusogli told journalists that his country sought "concrete steps" from Washington, adding that US actions are the reason for "missing trust" between the two NATO allies.

Meanwhile, NATO Secretary-General Jens Stoltenberg said on Tuesday that Turkey had briefed the alliance about its operations in Syria's Afrin last week. He went on to express hope that such briefings would continue.

The NATO secretary-general also acknowledged Turkey's "legitimate security concerns," and its right to address those concerns. "But they should do that in a proportionate and measured way," he said.

Turkey's officials, however, do not seem to be satisfied with the ambiguous statements from their NATO allies anymore. On Monday, Turkish Foreign Minister Mevlut Cavusoglu has harshly responded to a similar statement on understanding Ankara's "legitimate security concerns" produced by the US War Secretary James Mattis.

"Our demands from the US are clear and have already been conveyed. We no longer want to hear about promises; we want to hear about concrete steps. Trust needs to be rebuilt so we can start to talk about some issues," Cavusoglu said on Monday.