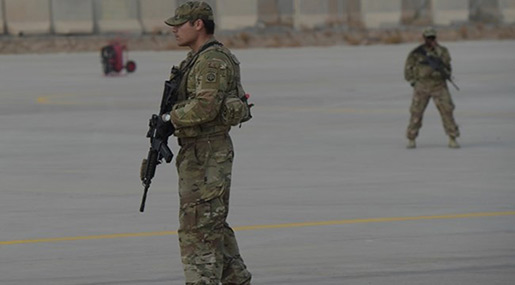 Arif Noori, spokesman for the provincial governor, said early Friday that the rocket hit a house, killing six children and a man. Three others children were wounded, he said.

Noori said Afghan security forces launched the operation south of the capital Ghazni and during the battle the children went into a shelter in the house for safety. But a Taliban rocket killed the six children and man anyway.

Zabihullah Mujahidand, Taliban spokesman, denied the account and accused the government of killing the civilians in an airstrike.