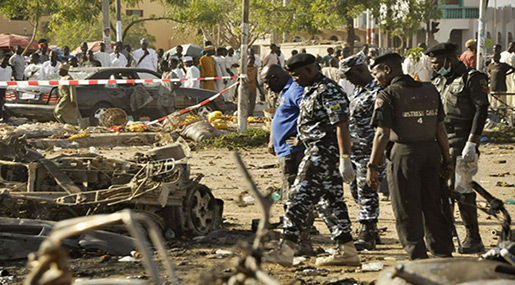 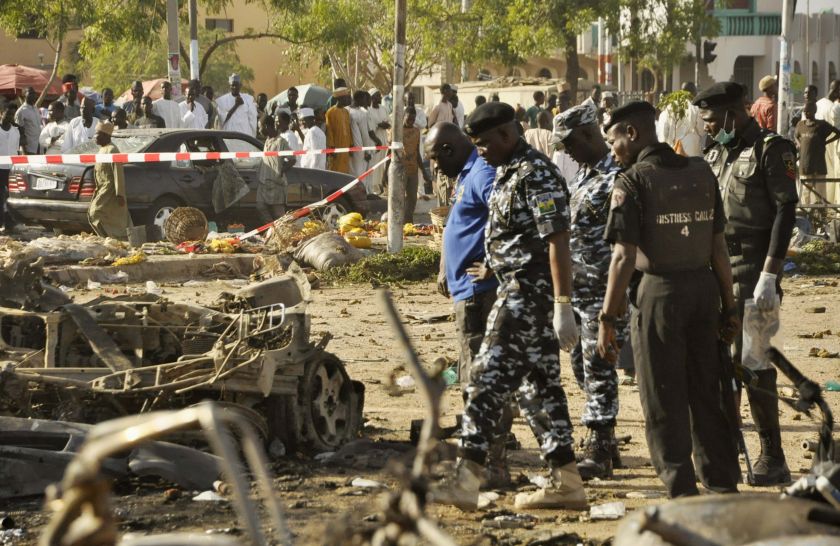 The suspected Boko Haram extremist blew himself up amid worshippers inside the mosque in Gamboru around 5:00 am (0400 GMT), shortly before morning prayers.

"Fourteen bodies have been pulled out of the rubble," said Umar Kachalla, a civilian militiaman, who said the mosque had been completely destroyed.

"Only the muezzin has survived and we believe more bodies are buried under the debris," said Kachalla. "The death toll may likely rise."

An hour earlier, a patrol of vigilantes spotted four suspected suicide bombers on the outskirts of the town and arrested one of them after a chase, said a second vigilante, Shehu Mada.

"Two of them turned back and fled while the fourth disappeared into the darkness and we believe it was he who attacked the mosque," Mada said.

Boko Haram's eight-year insurgency against the government of Nigeria has spilled into neighboring Niger, Chad and Cameroon, killing around 20,000 people and displacing more than 2.6 million.

In August 2014, the group seized Gamboru, a trading hub along with neighboring town of Ngala.

Nigerian troops retook both towns in September 2015 with the help of Chadian forces following months-long offensives.

Despite the recapture of the area, Boko Haram militants continue to launch sporadic attacks, laying ambush on troops and vehicles as well as attacking and abducting farmers.

On Tuesday Boko Haram leader Abubakar Shekau released a video message claiming a series of attacks in the northeast including those in Gamboru.