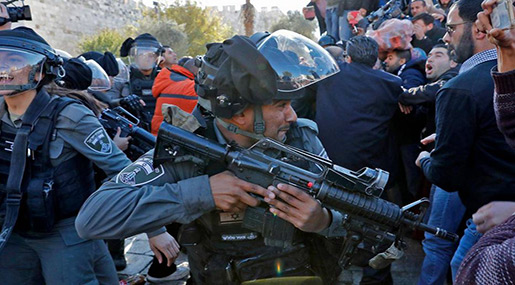 The UN's human rights chief has criticized the killing of a disabled Palestinian protester at the border fence between Gaza and the "Israeli" entity, saying evidence gathered by his staff points to the use of "excessive" force. 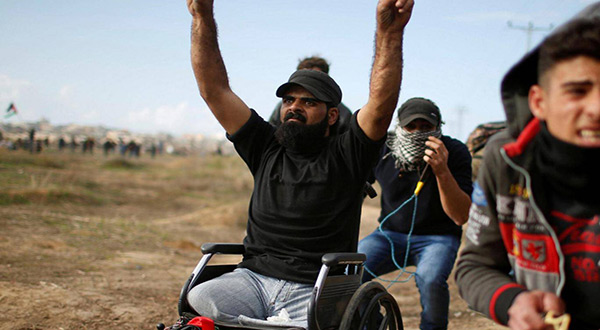 Zeid Ra'ad Al Hussein said he was "truly shocked" at the killing of Ibrahim Nayef Ibrahim Abu Thurayeh by "Israeli" security forces, and has called on the entity to launch an independent investigation into the 15 November incident.

The Palestinian Authority's health ministry said Thuraya was shot just east of Gaza City, with the "Israeli" army saying it opened fire on the "main instigators" of violent protests at the Gaza border.

The response by the entity has left five people martyred, hundreds injured and led to mass arrests of Palestinians, the Office of the United Nations High Commissioner for Human Rights (OHCHR) said.

"The facts gathered so far by my staff in Gaza strongly suggest that the force used against Ibrahim Abu Thurayeh was excessive," Zeid said. "International human rights law strictly regulates the use of force in the context of protests and demonstrations.

"The lethal use of firearms should only be employed as the last resort, when strictly unavoidable, in order to protect life. However, as far as we can see, there is nothing whatsoever to suggest that Ibrahim Abu Thurayeh was posing an imminent threat of death or serious injury when he was martyred.

"Given his severe disability, which must have been clearly visible to those who shot him, his killing is incomprehensible - a truly shocking and wanton act."

Thuraya had lost his legs and a kidney in an air strike, according to local reports, and was regularly seen with other Palestinian activists at protests.

"He was injured in 2008 by an ‘Israeli' helicopter that targeted him after he brought down the ‘Israeli' flag and raised the Palestinian flag along the border," his brother Samir told AFP.

"It did not stop him from demonstrating for Jerusalem [al-Quds]. He went alone every day to the border."

The biggest outbreak of violence since Trump's announcement has been in Gaza, where three people have been martyred and hundreds more injured as protesters burned tires, threw stones, sang songs and waved flags along the fence. Israeli security forces responded with firearms to disperse the protesters, OHCHR said.

"This level of casualties raises serious concerns as to whether the force used by ‘Israeli' forces was properly calibrated to the threat," Zeid said. "And these events, including the loss of five irreplaceable human lives, can sadly be traced directly back to the unilateral US announcement on the status of Jerusalem [al-Quds], which breaks international consensus and was dangerously provocative.