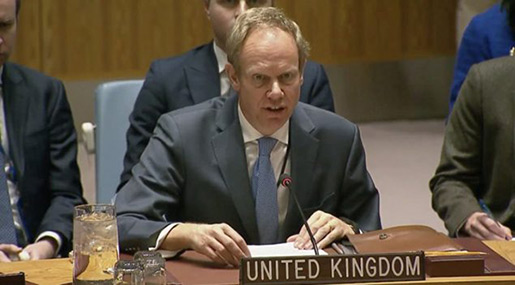 The United Kingdom joined 13 other members of the United Nations Security Council in backing a resolution, vetoed by the US, which rejected the recognition of al-Quds [Jerusalem] as the so-called capital of the "Israeli" entity. 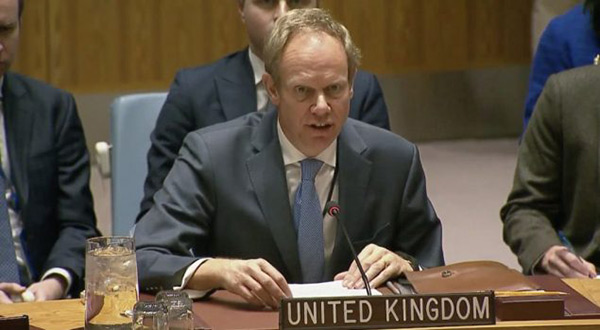 The vote, in which the two close allies unusually lined up on opposing sides, amounted to a demonstration of global concern at President Donald Trump's decision to move the US embassy to the holy city.

Trump sparked protests across the region by breaking from decades of US neutrality in the Middle East "peace process" on December 6 to announce he recognized al-Quds as the "Israeli" entity's so-called capital and would move the US embassy from Tel Aviv.

May moved quickly at the time to say she regarded the decision as "unhelpful for prospects for ‘peace' in the region" and to restate Britain's position that the status of al-Quds should be settled as part of a negotiated settlement.

Speaking after Monday's vote in New York, Britain's UN ambassador Matthew Rycroft said: "The status of Jerusalem [al-Quds] should be determined through a negotiated settlement between the ‘Israelis' and the Palestinians, and should ultimately be the shared capital of the ‘Israeli' and Palestinian states."

The vetoed resolution would have demanded that all countries comply with earlier Security Council decisions on al-Quds, dating back to 1967, requiring the city's final status to be decided in direct negotiations between the entity and the Palestinians.

Any decisions by a UN member state which purport to alter the status of the city "have no legal effect, are null and void and must be rescinded", said the resolution, tabled by Egypt.

There was never any question of the US opting not to exercise its veto on a resolution which would have had the effect of forcing Trump to reverse his decision.

Palestinians immediately said they would seek a similar resolution in the 193-member UN General Assembly, where there are no vetoes but decisions are not legally binding.

Turkey has been at the forefront of global criticism of the US move, hosting a conference of Muslim nations which denounced it as an "unlawful decision that might trigger chaos in the region".

In her phone call with Erdogan, May repeated her disagreement with Trump's decision and restated the UK's position that al-Quds should ultimately form a shared capital between the entity and the Palestinians.

She also stressed the importance of continuing to work with the US to encourage them to bring forward proposals that will re-energize the "peace process", said Downing Street.

The two premiers also discussed the "significant strengthening" of ties between the UK and Turkey following May's visit to the country in January, featuring the signing of a £100 million defense deal, as well as Turkish prime minister Binali Yildirim's trip to Britain last month.