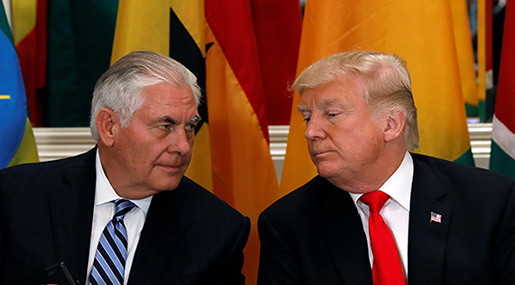 Last week's announcement by President Trump that the US will henceforth recognize "Jerusalem" [al-Quds] as the capital of "Israel" and begin to take steps to move the US embassy from Tel Aviv unsurprisingly generated outrage in capitals around the world. What was surprising was the decidedly muted response by the Saudi Foreign Ministry, which has not shied away from denouncing "Israel" enthusiastically in the past. 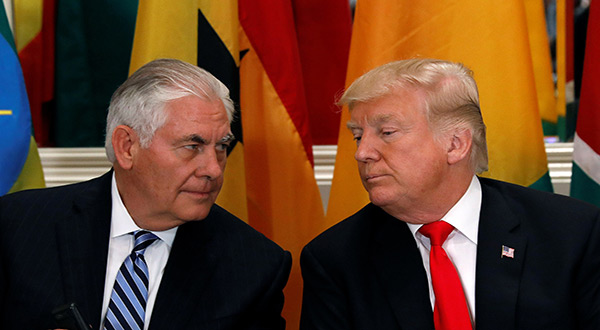 Saudi Arabia's perfunctory criticism of the announcement likely reflects its recognition of two grim realities - the US is no longer a reliable buttress against the spread of Iranian hegemony across the Mideast, and the "State of ‘Israel'" possesses the only conventional army in the region capable of defeating Iran and its proxies on the battlefield.

America's retreat, coupled with Iran's growing regional ambition, is forcing Saudi Arabia to adapt. And that means toning down its public hostility toward "Israel" and keeping channels of communication with Tel Aviv open.

The present moment is in many ways Saudi Arabia's darkest hour. Flush with cash and free of sanctions, Iran has unleashed its intelligence services as well as its military and diplomatic power to make a bid for regional hegemony at the expense of Sunni Arab states weakened or destroyed by the so-called Arab Spring.

Over the past five years, the Saudis have watched their northern border with growing dismay as neighboring Iraq has been reduced to an Iranian vassal state following the US withdrawal in 2012.

The Saudis also now face a proxy war on their southern border in Yemen... Qatar, Saudi Arabia's rival to the east, has thrown its lot in with Iran and Turkey, a point tacitly acknowledged recently by H.R. McMaster, President Trump's national security adviser.

Last but not least, in recent weeks the Saudis suffered the indignity of seeing their waning influence in Lebanon all but extinguished. The Hariri family, their long-time client, effectively switched to the winning side in Lebanon and became Hezbollah's - and by extension Iran's - mouthpiece in Beirut. In short, where the US embassy in "Israel" may be relocated in five years is the least of Saudi Arabia's concerns.

Although eager to maintain good relations with the Trump administration, emblems of American power mean a lot less than they used to, and less still with each passing day.

While the US was once the Kingdom's primary protector, in recent years the Obama administration not only declined to confront the growing Iranian threat, but was seen by many to have actually tilted US foreign policy toward Tehran.

Having inherited a weaker hand in the Mideast than any new administration since at least 1981, the Trump administration has (so far) managed to do little to change the trajectory of President Obama's Iran policy.

President Trump may have defied the foreign policy establishment by acknowledging "the obvious fact" that "Jerusalem" [al-Quds] is "Israel's" capital, but only two days later, Secretary of State Rex Tillerson was in Paris resuming America's foreign policy tradition of ignoring reality.

Secretary Tillerson attempted to paper over our litany of policy failures in Lebanon by suggesting that recent developments in the country dominated by Hezbollah have unfolded in a "very positive way."

"Israel", like Saudi Arabia, cannot afford to live in the dream world inhabited by the US State Department. Foggy Bottom may see Russian-dictated spheres of influence in Syria as a step toward reconciliation, or Iranian hegemony in Lebanon and the absorption of the Lebanese army into Hezbollah as "positive steps." Tel Aviv does not.

The Saudis are fighting for their survival, and they understand that "Israel" has a shared interest in containing Iran. Saudi Arabia's restrained criticism of President Trump's announcement about "Jerusalem" [al-Quds] is thus a strong indicator of just how weak the kingdom views America's position in the region to be.

As Tehran's shadow falls across the Mideast, "Jerusalem" [al-Quds] looms not only as the future site of America's embassy but also as a bulwark of last resort against a gathering storm.