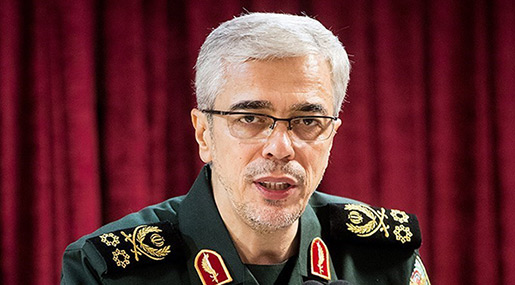 The US decision to recognize al-Quds (Jerusalem) as the capital of the "Israeli" entity would spark off a major intifada and result in auspicious events, Chief of Staff of the Iranian Armed Forces said. 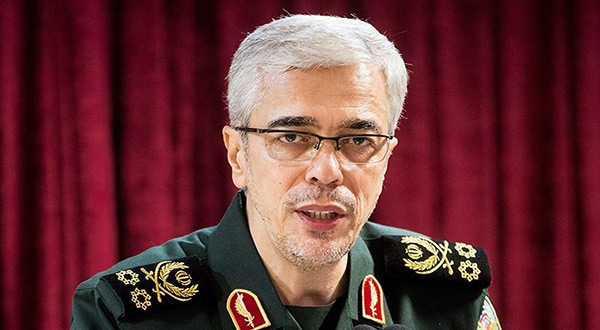 Addressing a conference in Tehran on Monday, Major General Mohammad Hossein Baqeri described the US president's move to declare Quds capital of the "Israeli" regime as the factor triggering a big intifada (uprising) in Palestine.

"This wrong decision (by US President Donald Trump) will initiate auspicious events," the Iranian general added.

Condemning the Zionist regime of "Israel" for its policy of aggression and killing children during its short life, the top general said even Washington's allies cannot accept such a controversial decision about the city of Quds.

Pointing to the Zionist regime's humiliating defeats in the 22-Day and 33-Day wars, Major General Baqeri said Israel suffered defeats from guerilla groups in the region, not even from regional powers.

On the entity's support for terrorist groups in the region, the commander said the Wahhabi Daesh [Arabic acronym for "ISIS" / "ISIL"] terrorist group is currently holding only a small area with the help of the "Israeli" entity, saying that zone will also come under attack and recaptured at an appropriate time.

The Zionist regime of "Israel" is the root cause of regional problems and the Muslim people of the region cannot tolerate such a "cancerous tumor," he concluded.

The US president declared on December 6 that his administration would begin a years-long process of moving the American embassy in Tel Aviv to Quds.

The decision has drawn widespread international condemnation and has sparked protests in the Palestinian territories.

The "Israeli" entity has occupied East al-Quds since the 1967 Middle East war. It annexed the area in 1980 and sees it as its exclusive domain. Under international law, the area is considered to be occupied territory.