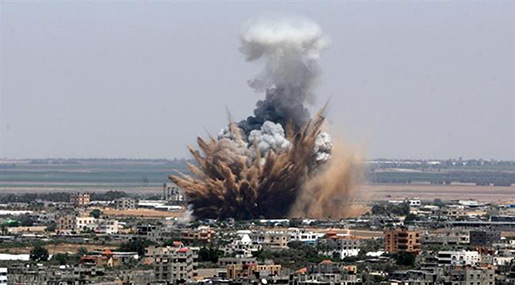 Over two dozen Palestinians have been injured in "Israeli" artillery and air strikes against the besieged Gaza Strip, amid escalating tensions in the occupied territories in the wake of the US president's recognition of al-Quds [Jerusalem ] as the "Israeli" entity's capital. 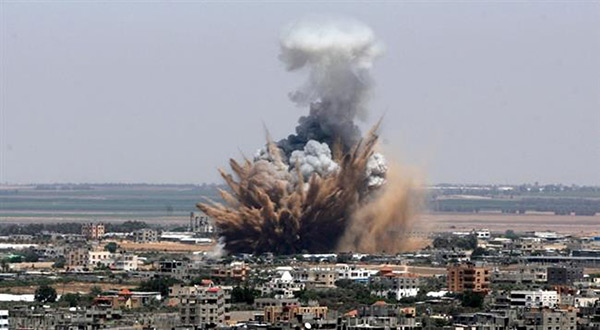 "Israeli" forces fired artillery shells at a checkpoint belonging to Palestinian resistance forces in the northeast of the town of Beit Hanoun, northern Gaza, on Friday night.

An "Israeli: jet also targeted a group of resistance fighters in the east of Beit Hanoun, the Palestinian Information Center said, adding that they survived the air strike.

Palestinian sources said the entity also carried out an air strike on the town of Beit Lahia.
Three "Israeli" rockets were fired at Shaikh Zayed area in northern Gaza.

Reuters cited the Palestinian Health Ministry as saying that 25 Palestinians, including six children, were injured in the attacks.

Tel Aviv claimed that Palestinian resistance forces had fired a number of rockets at an "Israeli" military position.

On Friday, clashes broke out between "Israeli" forces and Palestinians protesting against the recent decision by US President Donald Trump to recognize the occupied al-Quds [Jerusalem] as the capital of the "Israeli" entity despite widespread international opposition to the measure. Trump announced his decision on Wednesday. He said Washington would relocate the US embassy in the occupied lands from Tel Aviv to al-Quds.

In reaction to the announcement, Palestinians staged rallies across the occupied West Bank, al-Quds, and Gaza.

On Thursday, the "Israeli" military said an aircraft and a tank had targeted two security posts in Gaza. The attack in the late hours of the day had no casualties.

Al-Quds remains at the core of the "Israeli"-Palestinian conflict.