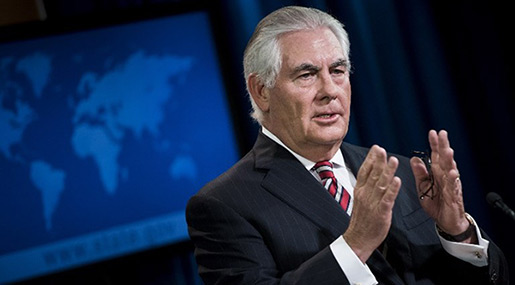 United States Secretary of State Rex Tillerson said on Friday the status of Occupied Al-Quds "was not final" and that it will be some time before the US is able to move its embassy to from Tel Aviv to Occupied Al-Quds, pursuant to President Donald Trump's speech earlier this week recognizing Occupied Al-Quds as "Israel's" capital and announcing the planned embassy move. 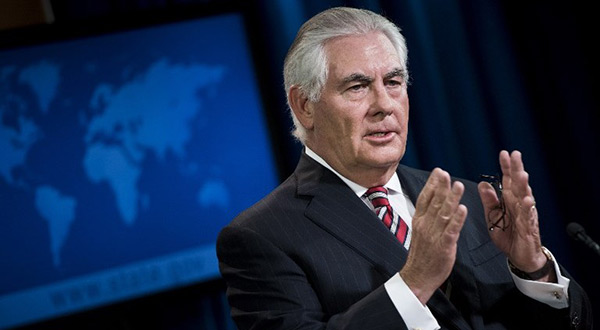 "Any final decision on the status of ‘Jerusalem' will depend on negotiations between "Israelis" and Palestinians, Tillerson said, appearing to add nuance to President Trump's decision.

"With respect to the rest of ‘Jerusalem' the president ... did not indicate any final status for ‘Jerusalem'," Tillerson said, speaking at a news conference in Paris alongside French Foreign Minister Jean-Yves Le Drian.

"He was very clear that the final status, including the borders, would be left to the two parties to negotiate and decide," Tillerson said.

He further stated that it was unlikely the embassy would move anytime soon, saying that it would "probably not [move] next year" either. It is expected to take several years to make the transition, both for security and other reasons.

Tillerson's conciliatory statement did little to ameliorate sentiment in Gaza and the West Bank, with thousands of Palestinians demonstrating all over Friday afternoon.