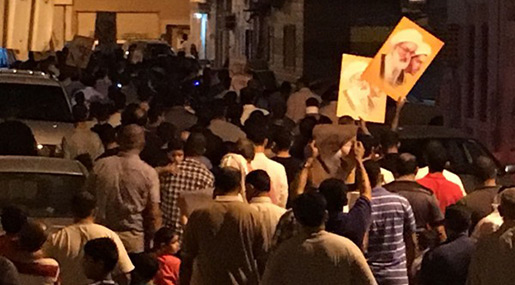 Thousands took to the streets in Bahrain late Thursday to demand lifting the siege imposed by the Al Khalifa regime's authorities on the supreme Shia religious leader in Bahrain the island kingdom His Eminence Ayatollah Sheikh Isa Qassim. 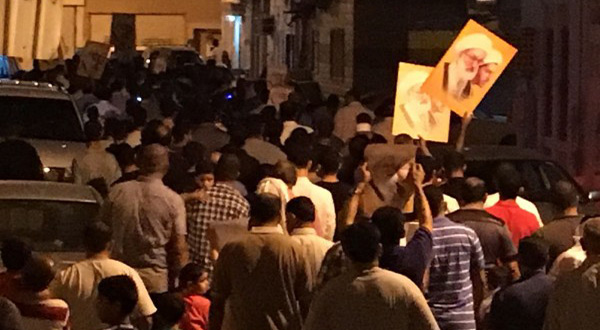 The prominent cleric has been under house arrest for over a year, since he was stripped of his nationality for supporting peaceful opposition protests and calling for reforms.

The demonstrators called for allowing Sheikh Qassim to receive treatment and move freely.

The demonstrators blamed the King Hamad bin Isa Al Khalifa, holding him fully responsible for Ayatollah Qassim's safety and wellbeing, further calling for an immediate end to the siege.

Regime forces cracked down on protestors, firing tear gas and shotgun pellets (birdshot) at the crowds demonstrating in the Diraz, Sitra and Ma'ameer reas.