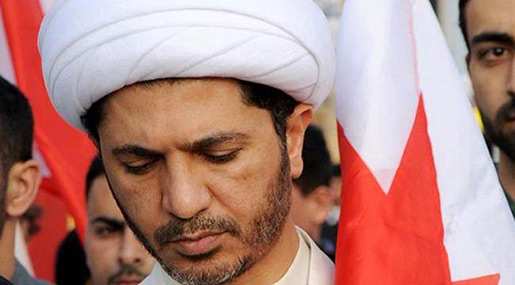 Bahrain is set to try prominent Shia cleric and opposition figure Sheikh Ali Salman this week on a charge of "spying" for Qatar, a media report said. 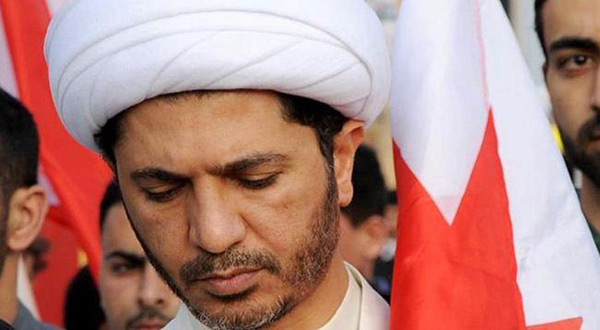 Salman, the secretary-general of the country's now-dissolved al-Wefaq National Islamic Society, would be tried alongside two of his colleagues on November 27, Bahrain's Lulu TV channel reported on Sunday.

The trio in early November was charged with "spying on behalf of a foreign country ... with the aim of carrying out subversive acts against Bahrain and harming its national interests."

The 52-year-old Shia clergyman was also charged with "revealing defense secrets to a foreign country and disseminating information that would harm Bahrain's status and reputation."

The opposition chief has been in jail on a nine-year prison sentence since late 2014 for what the Manama regime has called "insulting" government officials, "inciting" unrest through his speeches targeting the authorities during the 2011 uprising, attempting to overthrow the regime and collaborating with foreign powers.

Sheikh Salman denies all the charges, saying he has merely been seeking reforms in the country through peaceful means.

Amnesty International and other human rights groups have already censured his arrest and called for his release.

On March 5, Bahrain's parliament approved the trial of civilians at military tribunals in a measure blasted by human rights campaigners as being tantamount to the imposition of an undeclared martial law countrywide. Bahraini monarch King Hamad bin Isa Al Khalifa ratified the constitutional amendment on April 3.

Al-Wefaq was the largest group in Bahrain's parliament before its legislators resigned en masse to voice their strong dissent against the pervasive crushing of demonstrations in 2011 that called for an elected government.

They are demanding that the Al Khalifa dynasty relinquish power and allow a just system representing all Bahrainis to be established.

Scores of people have lost their lives and hundreds of others sustained injuries or got arrested as a result of the Al Khalifa regime's crackdown.