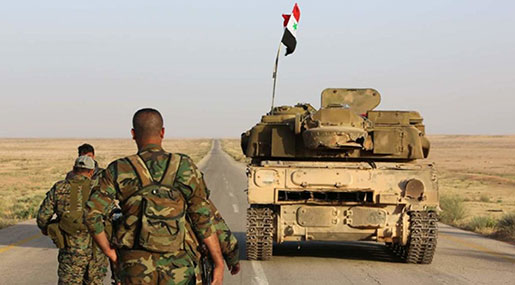 Syrian forces continue to crush pockets of terrorists in Deir Ezzor, closing in on the last significant Daesh [the Arabic acronym for ‘ISIS/ISIL' terrorist group] stronghold in the province. 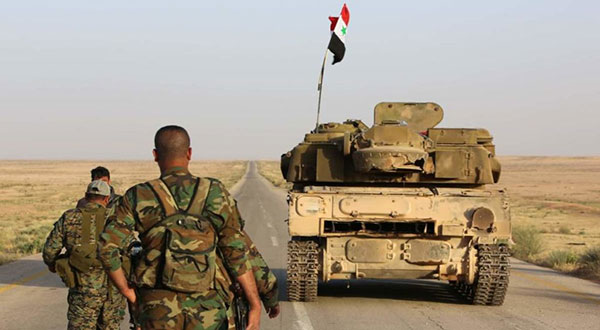 In parallel, RT correspondents reported heavy clashes on the outskirts of Al-Mayadeen.


Meanwhile, a huge offensive against Daesh is taking place on the outskirts of Tabiyah and Huweijit Saqar, both located on the eastern bank of the Euphrates River.

In a matter of days, Syrian forces pushed Daesh terrorists more than 15 kilometers to the east of Al-Mayadeen city which was liberated earlier this month.

As fighting on eastern front continues, battles on the southern front has also intensified. The Syrian command hopes to rout the last remaining Daesh stronghold in Deir Ezzor Governorate in the city of Al-Bukamal, close to the Iraqi border.

Daesh terrorists captured Al-Bukamal in 2014 and have remained there ever since.

In June 2016, the now-dissolved US-backed so-called New Syrian Army unsuccessfully tried to recapture the city but was defeated by the terrorist forces.

This time, though, the legitimate Syrian Army hopes to drive the terrorists out of the city, taking advantage of precision air strikes by the Russian Air Force.

On the issue, a Syrian military source confirmed to the Xinhua news agency that government troops were steadily fighting their way towards al-Bukamal.

In addition to scoring major victories in the vicinity of Al-Mayadeen, the Syrian Army is also making rapid progress in smashing terrorist resistance elsewhere in Deir Ezzor, SANA reported.