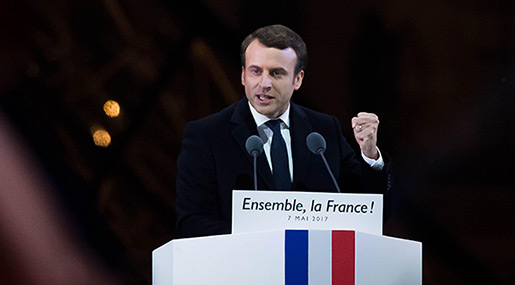 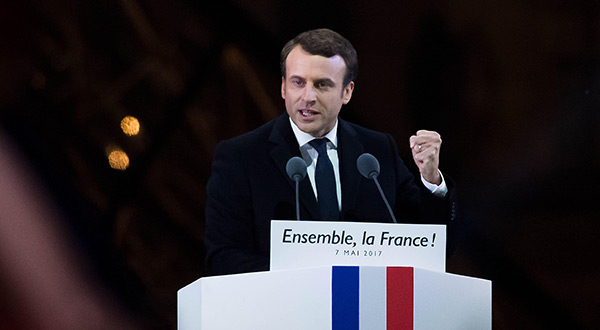 Macron made the remark Wednesday while visiting the central town of Egletons after around 150 workers and former colleagues who had been laid off clashed with police during a protest at the GM&S auto parts plant in the same region.

"Some, instead of stirring up shit, would be better off looking for work" at a foundry that is hiring in Ussel, Macron said, referring to a town about 140 kilometers [85 miles] away.

The pro-business president made the remark to a regional official, Alain Rousset, who had mentioned the foundry's difficulties finding workers.

The 39-year-old president "doesn't know what it means to look for work," said a lawmaker of the hard-left France Unbowed party, Adrien Quatennens.

"Macron does it again," the Socialist Party said in a tweet, calling on Macron to "watch his language and respect the French people". The conservative Republicans party also voiced disapproval of his remarks.

Macron has been in hot water before for comments seen as contemptuous of critics or ordinary people.

In early September, just days before a union-led protest against Macron's labor reforms, he said he would not back down "to slackers, cynics and extremists".

The remark became a rallying cry, with protesters coining slogans such as "Slackers of the world, unite!"

Government spokesman Christophe Castaner defended Macron on Thursday, saying: "A president should be able... to use the words that we all use all the time."

France's youngest president has been accused of being aloof and sometimes authoritarian.

His popularity has fallen sharply since his election in May, with his approval rating standing at 32 percent in a YouGov poll released Thursday.

He has already drawn fire for comparing his role as president to that of Jupiter, king of the Roman gods, and for drawing a distinction between "people who succeed and people who are nothing."