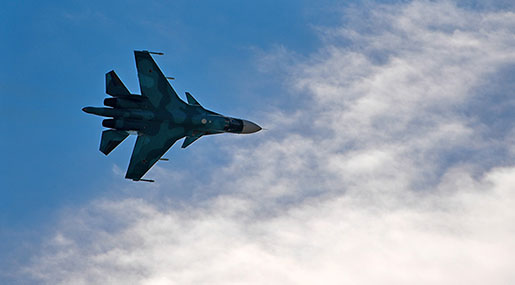 The leader of Al-Nusra was critically injured in an airstrike carried out by the Russian Air Force, the Russian Defense Ministry said in a statement, adding that at least 12 Al-Nusra field commanders had been killed in the same attack. 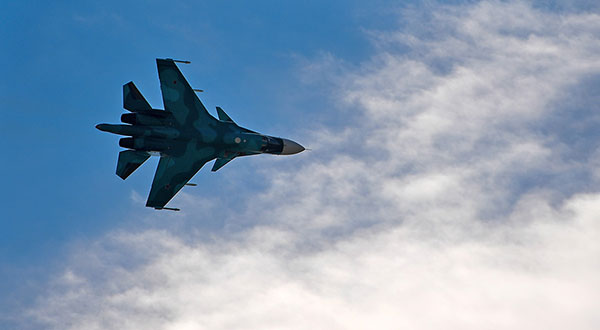 Abu Mohammad al-Julani, the Commander-in-chief of Tahrir al-Sham, a terrorist group formed after the collapse of the Al-Nusra terrorist organization, was targeted by the Russian airstrike, the ministry's spokesman Major-General Igor Konashenkov said.

Julani "sustained shrapnel wounds and is in a critical condition after losing his arm, according to information from multiple independent sources," Konashenkov added.

The airstrike killed at least 12 Al-Nusra field commanders and some 50 members of the group's security detail, the ministry's spokesman said, adding that Julani's aide was also killed in the Russian strike.

On October 3, Russian intelligence "uncovered the time and place of the Al-Nusra leadership meeting" led by Julani, the statement said. After getting confirmation of the terrorists' arrival and the start of the meeting, Su-34 fighter-bombers and Su-35 fighters were deployed to strike the location.

More than a dozen militants were also injured in the airstrike, the ministry added.

The airstrike on the Al-Nusra leader took place a week after the Russian Defense Ministry confirmed that five prominent Al-Nusra field commanders had been killed in an airstrike in Idlib province in Syria. Those commanders had led an attack on Russian Military Police [RMP] officers in Hama province earlier in September.

The incident in Hama had been reported by the Russian General Staff, which said that Al-Nusra terrorists attempted to capture the RMP unit, mandated to monitor the ceasefire in the Idlib de-escalation zone.

The Russian command in Syria then ordered an operation to repel the militants' attack. The Al-Nusra offensive was stopped and the militants suffered heavy losses.

Russian forces recently intensified airstrikes on terrorists' positions. The Russian Ministry of Defense said on Saturday that between September 19 and 29 the operations resulted in the deaths of 2,359 militants, with a further 2,700 or so wounded.