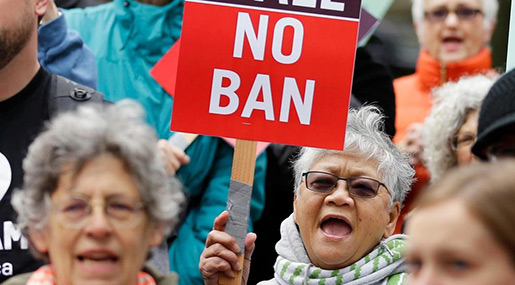 Ruling that some refugees must be allowed into the country, a federal court in California dealt a new blow Thursday to the Trump administration's travel ban. 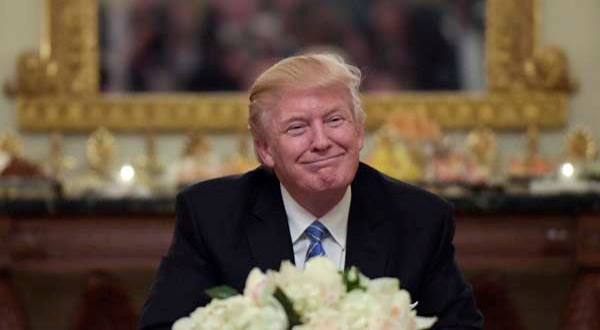 It is the latest twist of the legal wrangling touched off by President Donald Trump's ban, first announced in January with little notice and widely criticized as discriminatory against Muslims. Trump says it is needed to keep out terrorists.

In the new ruling, the US Ninth Circuit of Appeals, based in San Francisco, upheld a ruling by a court in Hawaii, a decision against which the administration had appealed.

The new decision states that the ban must exclude "refugees who have a formal assurance from an agency within the United States that the agency will provide or ensure the provision of reception and placement services to that refugee."

It could pave the way for the entry of some 24,000 refugees whose asylum requests had already been approved.

And as the US Supreme Court had ruled in July, the three-judge panel in San Francisco confirmed that the ban cannot be applied to grandparents and other close family members living in six mainly Muslim countries and seeking to visit relatives in the US.

The Supreme Court ruled in late June that the 90-day travel ban, purportedly aimed at better screening out potential security risks, can be broadly enforced for travelers from the six mainly Muslim countries "who lack any bona fide relationship with a person or entity in the United States."

Days later, the Trump administration interpreted that to mean that only "close family" was exempted. It defined this as the parents, spouses, children, sons- and daughters-in-law, siblings and step- and half-siblings of people in the US.

The California court said Wednesday the administration "does not offer a persuasive explanation for why a mother-in-law is clearly a bona fide relationship in the Supreme Court's prior reasoning, but a grandparent, grandchild, aunt, uncle, niece, nephew or cousin is not."

The San Francisco court was ruling on the issue because the Supreme Court had refused a Justice Department request that it define what it means by "bona fide relationship" and "close family."

The Justice Department issued a statement saying "we will now return to the Supreme Court to vindicate the executive branch duty to protect the nation."

The Supreme Court is scheduled to revisit the travel ban and study its constitutionality in October.