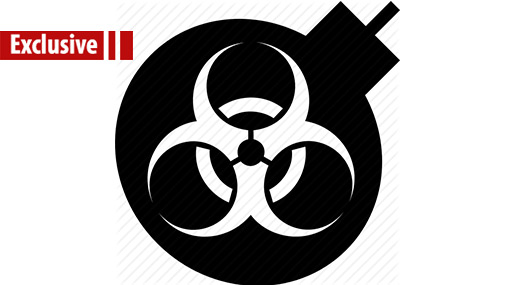 A former member of the UN Commission on Biological and Chemical Weapons in Iraq and Libya, Igor Nikulin, told Russia's Pravda newspaper that Moscow "should look into" the growing number of American military biological laboratories springing up across the Eurasian continent. 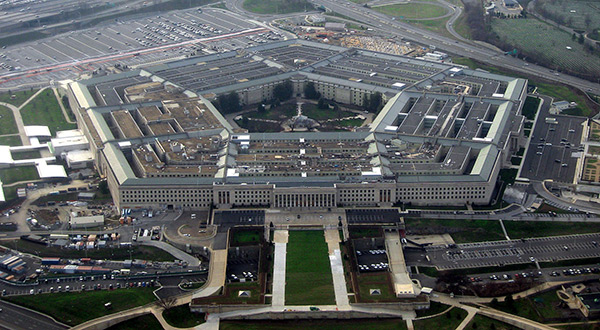 The Pentagon has reportedly dished out over one billion US dollars on more than 400 labs worldwide. The vast majority are located in former Soviet republics, including Georgia, Kazakhstan, Uzbekistan, Azerbaijan, Armenia and Ukraine.

Increasingly, the labs are being situated near the borders of Washington's main geopolitical competitors - Russia, China and Iran.

The official explanation for the existence of these facilities is that they are used to store "collections of especially dangerous pathogens".

Of course, the real reason is hardly so benign.

"The Pentagon is not a charitable organization," Nikulin told Pravda in June. "Of course, they offer assurances that they are acting out of good intentions for charitable purposes, but this is not true."

According to the Library of Congress, Science Reference Services, the weaponization of biological agents involves the use pathogens or organisms that cause disease. Pathogens include bacteria, viruses, fungi, and toxins.

Since World War II, the US military has successfully weaponized countless bacteria, including Vibrio cholera, which proved to be most effective when spread through water supplies.

Earlier this week, the World Health Organization [WHO] reported that the number of suspected cholera cases in Yemen hit the half-million mark.

The epidemic, described by the UN as "the largest ever recorded in any country in a single year since records began," has killed at least 2000 people since the end of April.

Although American support for the Saudi-led military campaign against Yemen has been widely documented, the actual extent of the Pentagon's role is still impossible to ascertain.

And herein lies the true value of a biological weapon. It is invisible and it is extremely difficult to determine the source of the outbreak.

Still, the fact that Saudi jets used US hardware to annihilate Yemen's hospitals, clinics, water and sewage systems, just before a strain of bacteria - previously designated for biological warfare by the Pentagon - conveniently caused the worst epidemic in living memory, should do more than just spark people's curiosity.

As early as 2015, the Secretary of Iran's Supreme National Security Council, Ali Shamkhani, pointed to the "use of weapons which contain toxic and pathogenic gases" in Yemen.

Shamkhani warned that the aim was "genocide and breaking the legitimate resistance of the brave Yemeni people".

Ukraine turned into a laboratory

In just over three years, the Pentagon has constructed no less than 15 labs on Ukrainian soil. The facilities, financed entirely by the US War Department, employ strictly American personnel who also have diplomatic immunity.

In other words, the Ukrainian state has no jurisdiction over these labs, while state organs, including health and sanitary agencies, are not permitted any access.

Instead, the facilities are overseen by an American corporation, Black & Veatch Special Projects, which secured millions of dollars worth of defense contracts last year alone.

The number of employees at the labs ranges from 50 to 250. All are recruited from the ranks of the intelligence agencies and the military, and often specialize in biological warfare and biological terrorism.

The facilities are all located near big cities or seaports, guaranteeing a speedy evacuation.

Meanwhile, the government in Kiev has imposed a strict veil of secrecy on anything concerning the military labs, so much so that the local press is prohibited from reporting on the issue.

Igor Nikulin believes that if these facilities "were only storing the pathogens, we would not see so many outbreaks of dangerous diseases lately."

The local population in Ukraine links the appearance of epidemics in their country with the unveiling of the first US military biological lab in Odessa. Interestingly, with every new epidemic, Kiev was forced to buy vaccines from American pharmaceutical companies. Following the swine flu [H1N1] outbreak alone, the Ukrainian government spent USD 40 million.

In 2017, Kiev was gripped by a sudden outbreak of botulism - a rare and potentially fatal illness that can causes muscle cramps and respiratory failure.

Ukraine's health authorities were ill-prepared and lacked the antitoxin required for treatment, leading to thousands of deaths. There are no official figures, but social media users estimate that 13,000 people had perished.

In September 2016, an unknown intestinal infection spread through the city of Izmail. Children were especially prone to the disease. Within 24-hours, more than 400 kids were hospitalized. The source of the outbreak was never identified.

But it is not just people that are getting sick in Ukraine. In 2014, pigs across the country began dying from the previously rare African swine fever [ASF]. By 2015, more than 100,000 pigs had to be put down to contain the virus, which can survive in the soil for up to eight months. Ukraine's sanitary and veterinary agencies never identified the source.

Such outbreaks have the potential to devastate a country's agro-economy, and maps displaying the geographic movement of ASF show that the virus is gradually heading toward the Russian border.

As such, the global web of biological laboratories is opening up a world of possibilities for the Pentagon, where Washington can not only use viruses to devastating effect in places like Yemen, but also control local and global epidemics.

The Target: Russia, Iran and China

Russian military experts assert that the distribution of American bio labs across the Eurasian continent allows the Pentagon to gather intelligence on the region's microorganisms, which is vital for the creation of highly effective biological weapons to be used against Russia, Iran and China.

A more clandestine form of biological warfare is already underway. These operations are designed to undermine the economies of the targeted states through the infection of livestock and other vital sources of food.

Meanwhile, people's immune systems are being ravaged, along with their ability to function and work.

The Pentagon conducted similar actions in Cuba, where the affects and movements of biological agents were monitored and studied.

In addition, the US military labs are increasing global dependency on western pharmaceutical giants, which as a rule have the cure for any new illness.

The question now is whether the countries under attack are capable of mounting the necessary defenses and creating their own cures against Pentagon's biological bomb.