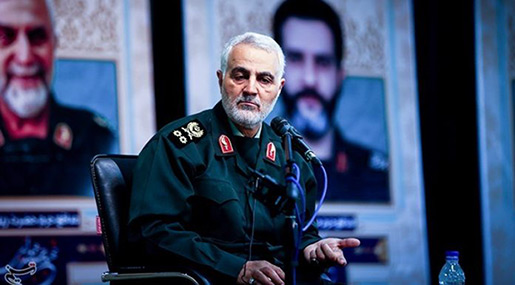 A top Iranian commander has enumerated a number of brutal crimes committed by the Wahhabi Daesh [Arabic acronym for "ISIS" / "ISIL"] terrorist group, saying they were the worst atrocities in the history of mankind. 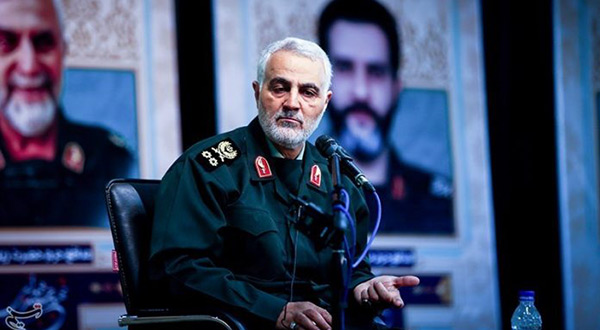 Commander of the Quds Force of Iran's Islamic Revolution Guards Corps [IRGC] Major General Qassem Soleimani highlighted the savagery of the Daesh terrorist group, and said their atrocities are the worst in history.

In a Tuesday address to the cadets of Imam Hossein Military Academy in Tehran, the top general then enumerated some of the heinous crimes committed by Daesh terrorists.

He said the terrorists executed some 2,200 Iraqi university students with their hands tied by decapitating or shooting them, traded thousands of Izadi women and girls among themselves, separated an infant from his mother and burned him alive in front of his mother's eyes.

The top general further said defeats in wars in Lebanon and occupied Palestine "amount to defeats for us," but, by God's grace, the resistance front has emerged victorious there.

"We emerged victorious in all this sedition, and we shouldn't mix this with politics," he said.

He then underlined that the US and the "Israeli" entity's strategies have failed in the region.

The top commander noted that Washington and Tel Aviv thought they could bring Iran to its knees by creating an ideological current, but to no avail.

He further referred to the liberation of Mosul in northern Iraq from the Daesh terrorists, and said, "With the cooperation of clerics and the establishment of Popular Mobilization Units, the Iraqi army ... managed to overcome the false Takfiri ideology and drive the illegitimate caliph from Mosul."

He also pointed to Iran's regional power and said both friends and foes admit that the Islamic Revolution of Iran has a growing progress both at home and abroad.

"Different factors contribute to these victories, but some of them are key factors and play a pivotal role in securing triumphs, namely the leadership of the Leader and the Iranian nation's ideology," said the top commander.

"In the regional developments, they [the enemy] had orchestrated very tough actions for us in order to eliminate the Islamic Revolution, but they suffered an ignominious defeat," he said.