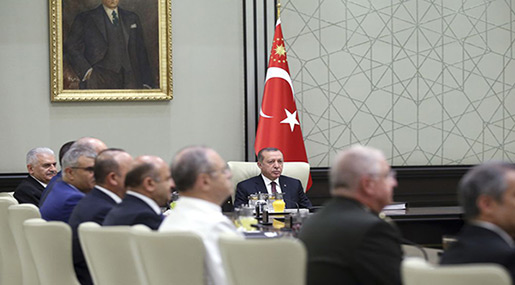 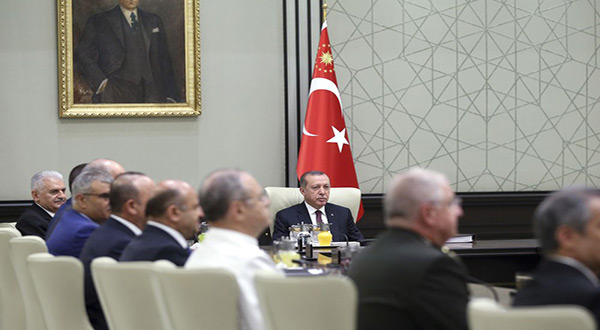 Four others activists were released from custody pending the outcome of a trial. They have been barred from traveling abroad and have to report regularly to police.
The group was detained earlier this month in a police raid at a hotel on Buyukada Island while attending a training workshop on digital security.

It is not clear which terror organization they are accused of helping but Turkish media reports said prosecutors, requesting the arrests, presented as evidence records of their communications with suspects linked to Kurdish and left-wing groups as well as the movement led by US-based preacher Fethullah Gulen, who is accused of orchestrating last year's failed coup attempt.

Turkish President Recep Tayyip Erdogan had earlier this month made vague accusations, saying the group was involved in a meeting that had the "nature of a continuation" of the coup attempt.

Those ordered jailed include Amnesty's Turkey director, Idil Eser, and activists from the Helsinki Citizens Assembly and the Human Rights' Agenda Association. Their two trainers - a German and a Swede - were also arrested.

Amnesty, which had called for their release, said their case is a test for Turkey's judiciary.

"Turkey will be disgraced in the eyes of world if these human rights defenders are put in prison for defending human rights," Andrew Gardner, Amnesty's Turkey researcher, told a group of reporters waiting outside the courthouse as the group was being questioned by prosecutors.

Turkey declared a state of emergency days after the coup and launched a massive crackdown, arresting about 50,000 people and dismissing more than 100,000 workers from government jobs. The crackdown initially focused on people with suspected ties to the alleged coup plotters, but has been extended to include politicians, journalists and activists.