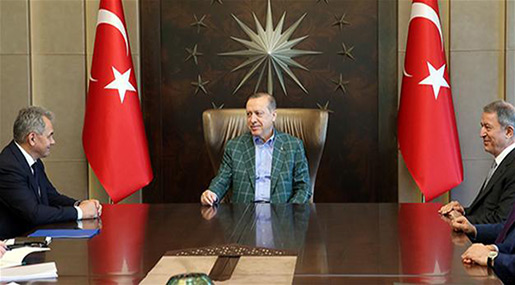 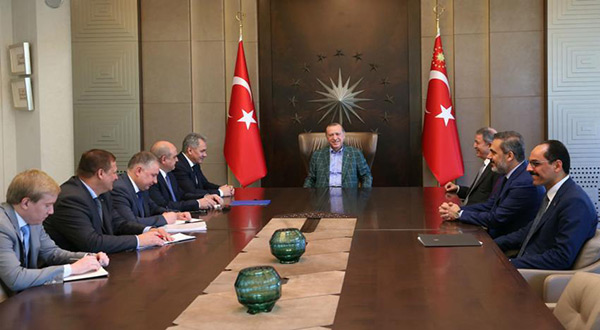 Turkey and Russia were long at loggerheads over the Syrian conflict, with Ankara seeking the ouster of President Bashar al-Assad and Moscow remaining his chief international ally.

But cooperation had tightened markedly since last year, with the two countries jointly sponsoring peace talks in the Kazakh capital Astana.

The operation was wound up in March but Erdogan had not excluded a new cross-border offensive should the need arise.

Turkish troops and Syrian Kurdish People's Protection Units [YPG] had repeatedly exchanged cross-border fire in recent days and there is speculation Ankara may be planning an assault on the group in Afrin.

Ankara considers the YPG a terrorist group and the Syrian branch of the Kurdistan Workers' Party [PKK] which has waged an insurgency inside Turkey since 1984.

But Washington is arming the YPG and the group is heavily involved in the US-backed operation to oust the Wahhabi Daesh [Arabic acronym for "ISIS" / "ISIL"] from their stronghold of Raqqa.

The Sabah daily said Sunday that pro-Ankara Syrian insurgents were on standby for an operation against the YPG and Russia could ensure security in the air.

Asked about the possibility of an operation around Afrin, presidential spokesman Ibrahim Kalin said Saturday: "We take all measures to protect our borders and national security."

He said the Turkey would "instantly" hit back against any threat from Syria, be it from Daesh, the PKK or the YPG.