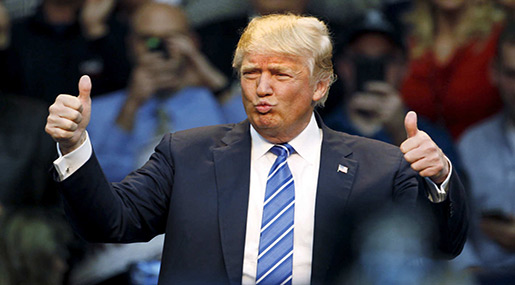 US President Donald Trump welcomed a Supreme Court ruling allowing his controversial travel ban to be partly reinstated as a "victory for our national security". 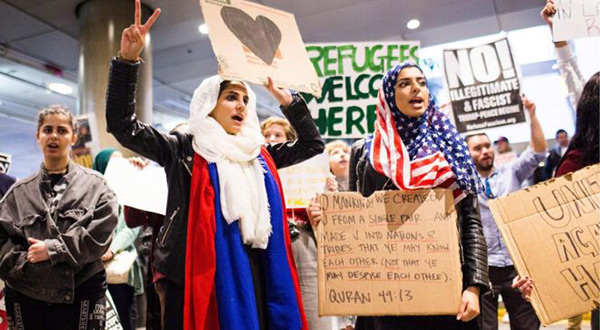 The justices said they would consider in October whether the president's policy should be upheld or struck down.

Trump seeks to place a 90-day ban on people from six mainly Muslim nations and a 120-day ban on refugees.

The president welcomed the ruling's qualified authorization to bar visitors from Iran, Libya, Somalia, Sudan, Syria and Yemen, which he described as "terror-prone countries".

"As president, I cannot allow people into our country who want to do us harm," he added.

Trump had already said the ban would take effect within 72 hours of court approval.

The Supreme Court said in Monday's decision: "In practical terms, this means that [the executive order] may not be enforced against foreign nationals who have a credible claim of a bona fide relationship with a person or entity in the US.

"All other foreign nationals are subject to the provisions of [the executive order]."

The ruling also said it would permit a 120-day ban on all refugees entering the US to go into effect, allowing the government to bar entry to refugee claimants who do not have any "bona fide relationship" with an American individual or entity.

With the appointment of Neil Gorsuch in April, Trump has restored a 5-4 conservative majority at the Supreme Court. Now there are five Republican appointees on the court and four Democratic appointees.

Three of the five Republican judges, including Gorsuch, said they would have allowed Trump to reinstate the presidential order in full, but another conservative judge, Justice Clarence Thomas, objected to it.

Trump issued the revised travel ban on March 6 after his initial directive signed in January was blocked by a federal judge in Washington state and upheld by the US Court of Appeals for the 9th Circuit in San Francisco, California.

However, the revised order was also blocked by federal judges in the states of Hawaii and Maryland and upheld by the 4th US Circuit Court of Appeals in Richmond, Virginia.

The Supreme Court was not required to hear the case but did so due to its importance and the fact that the request was made by the US government.

The controversial ban has prompted protests and debate across the US. Legal experts say the ban discriminates against Muslims and is rooted in religious hostility.

During last year's presidential campaign, Trump called for a "total and complete shutdown of Muslims entering the United States."