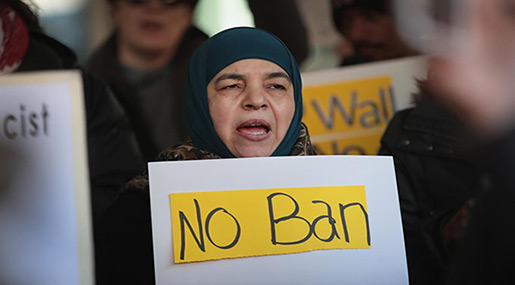 The 9th Circuit Court of Appeals had upheld most aspects of a block on President Donald Trump's contentious travel ban. 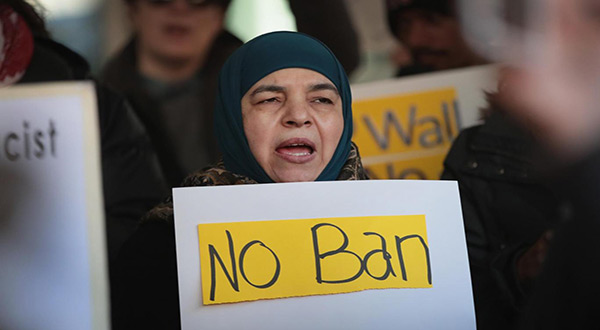 The court's decision is the latest blow to Trump's efforts to shut down travel from several predominantly Muslim countries. The President has attempted to install two travel bans since taking his oath of office, but judges across the country quickly instated nationwide holds on those executive orders.

Ninth Circuit judges similarly wrote in their decision that US presidents have wide constitutional authority when it comes to securing borders, but that "immigration, even for the president, is not a one-person show."

"We conclude that the President, in issuing the Executive Order, exceeded the scope of the authority delegated to him by Congress," they wrote.

The 9th Circuit's decision is almost surely going to be appealed to the Supreme Court, where the nation's top justices would have the final say on the topic. The particular challenge decided in the 9th Circuit was brought about by Hawaii, which has urged the Supreme Court not to revive the President's travel ban.

Responding to questions regarding the travel ban, White House Press Secretary Sean Spicer said that the administration remains confident that the Supreme Court would ultimately uphold the ban.

"I think we can all attest that these are very dangerous times and we need every available tool at our disposal to prevent terrorists from entering the United States and committing acts of bloodshed and violence," Spicer said. "We continue to be confident that the president's executive order to protect this country is fully lawful and ultimately will be upheld by the Supreme Court".

The Trump administration had repeatedly argued that the courts are undermining the President's ability to keep the country safe, and messaging from the Oval Office has changed over time. While the President, when campaigning in 2016, specifically called for a ban on Muslim travel, the White House has moved away from specifically mentioning religious groups with regard to the travel bans. Still, the courts had taken Trump's past statements on the matter into consideration when determining if the travel bans are motivated by religious factors.

The US government began arresting Iraqi immigrants in the country recently after the American and Iraqi governments reached a deal to remove the country from the travel ban list. Those individuals had all been convicted of a crime, according to the government.

The President remained committed to his travel bans, and frequently tweeted his support for them when it became expedient to do so.