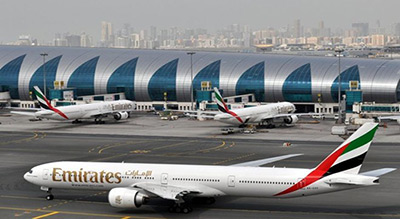 Dubai International Airport and its flag carrier Emirates began implementing a ban on laptops and tablets on direct flights to the US Saturday, on one of the busiest travel weekends of the year. 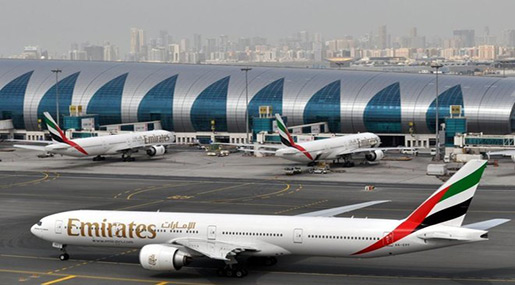 Around 1.1 million people are expected to pass through the world's busiest international airport as the city marks UAE spring break, Dubai Airports said.

An estimated 260,000 travelers were expected to pass through each day from Friday through Monday. Dubai International Airport expects 89 million passengers this year.

The US announced a ban on all electronics larger than a standard smartphone on board direct flights out of eight countries across the Middle East. US officials would not specify how long the ban will last, but Emirates told AFP that it had been instructed to enforce it until at least October 14.

Government-owned Emirates operates 18 flights daily to the US out of Dubai.

Adding to the complication Saturday, a number of flights out of Dubai and Abu Dhabi airports were delayed due to thunderstorms, including an Emirates flight to Houston.

And while the ban sparked anger across the region for again targeting majority-Muslim countries, some increasingly wary travelers shrugged off the latest restriction.

"It's a rule. I follow the rules," said Rakan Mohammed, a Qatari national who flies from Doha to the US two to three times a year.

"The bigger problem for my family is the no smoking. On a long flight, they become restless after three hours."

Abu Dhabi, home to UAE national carrier Etihad Airways, is one of the few international airports with a US Customs and Border Protection Facility, which processes immigration and customs inspections before departure.

"When guests land in the US, they arrive as domestic passengers with no requirement to queue for immigration checks again," read a statement emailed to AFP.

The bans had come under criticism for targeting majority-Muslim countries. The US ban in particular had raised eyebrows for covering airports from which US airlines do not operate direct flights.

The US and Britain had cited intelligence indicating passenger jets could be targeted with explosives planted in such devices.